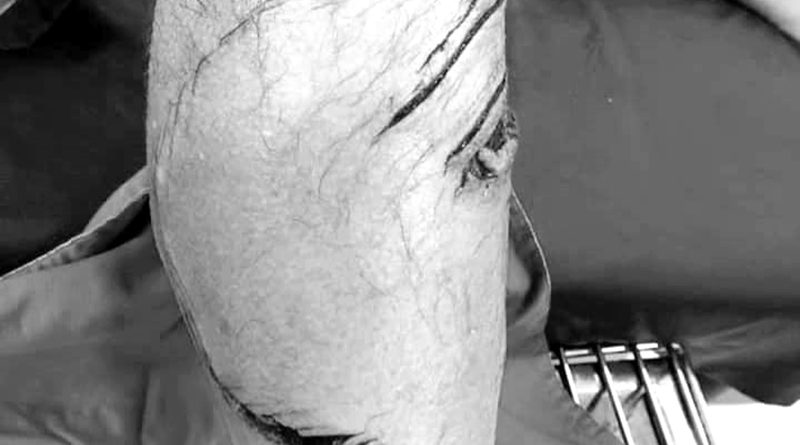 A German tourist in Phang Nga Province was attacked by a large fish on his right leg, leaving behind a long bite wound on 12 January 2020. Peter 75 years old from Germany was swimming in the waters of Nang Thong Beach with his wife. They were about 6 meters away from the shore when Peter felt a large fish swimming around him, suddenly the fish attacked and bit his leg leaving behind a 20-centimeter bite mark before swimming away.

The local rescue team was notified of the accident and Peter was delivered to the Andaman Hub Medical Center before he was later transferred to a private hospital in Phuket Province. The tourist had insurance and wanted to get medical care in Phuket. Peter was having a relaxing moment with his life when an unexpected turn of events took place.

Peter stated that he was swimming in the waters when one of his hands accidentally touched something that was swimming around him. He thought it must’ve been a big fish and brushed the feeling off. The waters were not clear so Peter didn’t know what fish it was, just that it was surely large. He continued swimming when suddenly the fish attacked his right leg with a full-on bite that left him bleeding. The fish let go after the first bite and swam away. Peter screamed for help from other tourists swimming nearby.

Prof. Thon Thamrongnawasawat a marine ecologist from Kasetsart University posted on his personal Facebook about the incident. He stated that shark attacks in Thailand rarely happens, including the attack in Phuket year 2017 and in Khao Tao year 2018. The attacks usually leave behind small bites. In this case, the bite might’ve been from the Bull Shark. A Blacktip Reef Shark would leave behind smaller bites. These sharks don’t usually attack animals that are larger than themselves. The shark might have thought the moving leg was a prey from the muddy water. This is why it let go and swam away after the first bite. Bull Sharks can be found along the Gulf of Thailand and the Andaman Sea. There have been no deaths from Shark attacks in Thailand and there are only 5 to 10 deaths each year from shark attacks globally. 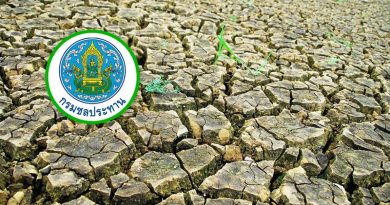 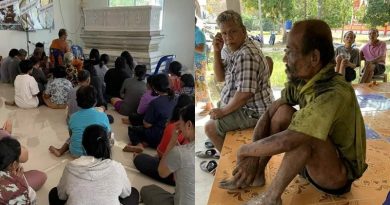