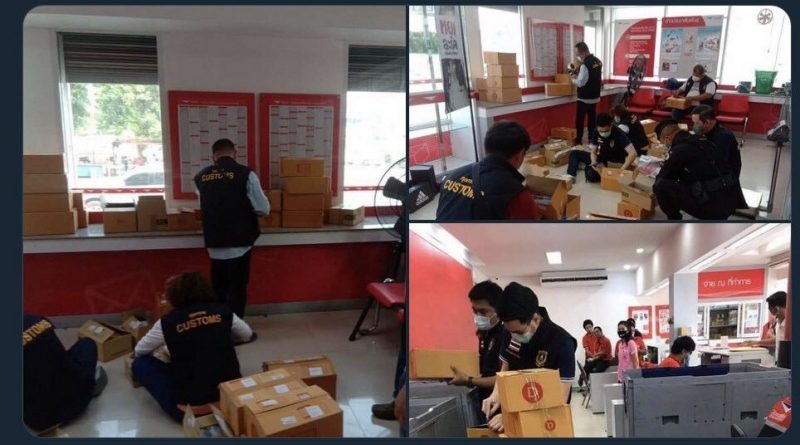 Pictures of Post Office employees and customs officials searching through boxes went viral online. The Post has come out and stated that they were not looking for medical masks, but the main purpose is to find illegal goods sent through the mail. The pictures were originally posted on twitter stating that the officials were going through all the boxes at the post office, it isn’t clear whether they have sufficient reasoning to open the boxes. The twitter user also mentioned that some boxes had medical masks inside sent to family members, these masks were seized.

Thailand Post later addressed the issue on their Facebook Page stating that the pictures were taken in the Rong Kluea Post Office in Aranyaprather, Sa Kaeo Province. The area is by the Thai-Cambodian border considered as a special area according to the Customs Act B.E. 2560. Customs officials have the right to inspect suspicious goods that might be illegal. They can do this at the post office and private shipping companies.

The customs officials regularly perform inspections. They can seize the illegal goods found in the boxes. The officials will record the goods seized in front of witnesses. Boxes that contain no illegal goods will be sealed and returned to the post office or the shipping company to be sent to the receiver as usual. Thailand Post confirms that they care about the privacy of customers, but illegal goods including replica bags and smuggled goods are prohibited to be sent by post. If any illegal goods are found Thailand Post will help officials find those related. 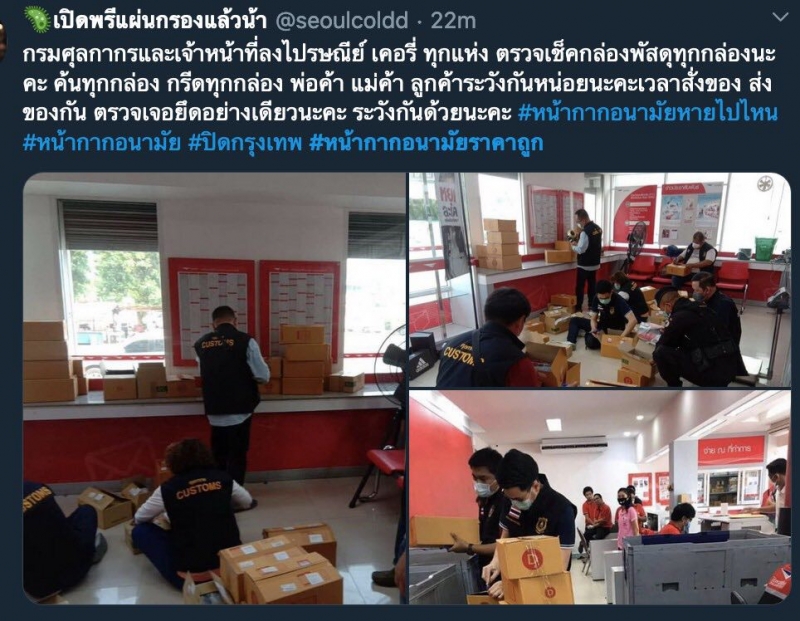 Thailand Post apologizes if any of the boxes were damaged in the inspections. The post employees and officials have done their best to preserve the goods inside to the moment that the delivery is completed.

FB Caption: The boxes were opened and searched. Thaipost states that custom officials have full rights to search suspicious boxes at the Aranyaprathet Post Office. 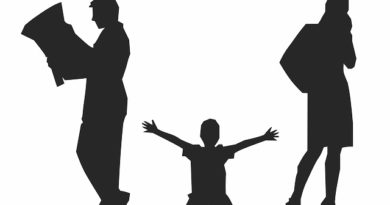 Nuts and bolts of divorce in Thailand 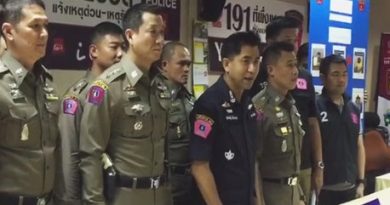 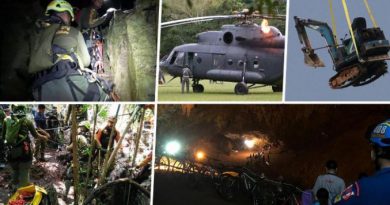