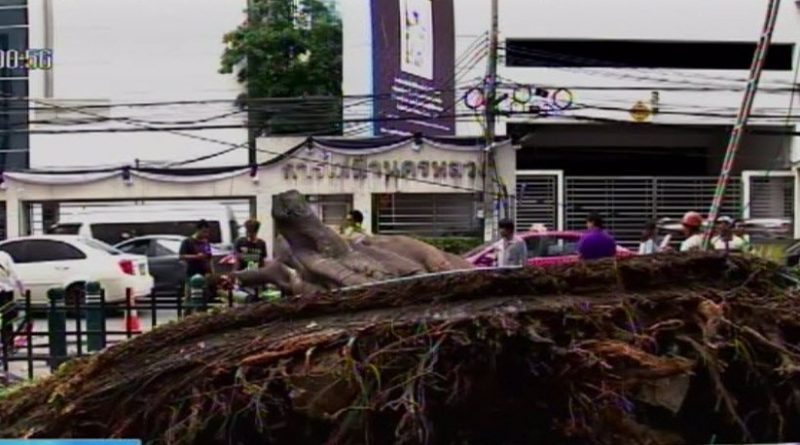 THE collapse of two big trees in the heart of Bangkok over the past week leading to the death of a young woman and property damage shows that plans have to laid out before planting them and all have to unit in taking care of these trees or the city will be left without an important lung, Thai News Agency said today (May 19).

On May 13 a Thai woman was killed in Chitlom area when a tree crashed knocking down a power pole which fell on her as she sat on her motorcycle waiting for the traffic lights to change.

A somtam (papaya salad) vendor related her near death moment when the big tree fell over her stall. She thought the same thing that happened to the woman at Chitlom would happen to her but luckily it didn’t.

She said there were no signs that this would happen so she didn’t think it would. She added that she has been vending in this soi for over 20 years before the big buildings were built and stamped on these trees’ roots.

A check shows that Bangkok has over 3 million trees with five districts at risk of trees toppling and these are Wattana, Patumwan, Phra Nakhon, Dusit and Bang Sue.

However all Bangkok districts have been told to check how strong their trees are with officials admitting that they have mostly been transplanted and have fibrous roots which put them at risk of crashing.

A different viewpoint emerges from experts who said the biggest problem about trees toppling is not their fibrous roots but human action because they are in the way of construction and often their roots or canopy are damaged during construction.

The experts added that this problem persists because of lack of proper planning when transplanting them and taking care of them after that.

Top: The big tree that crashed in Chitlom area on May 13. Photo: Thai News Agency 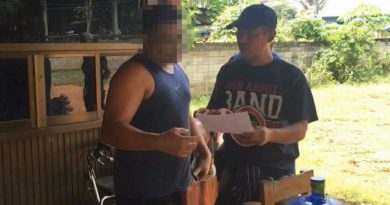 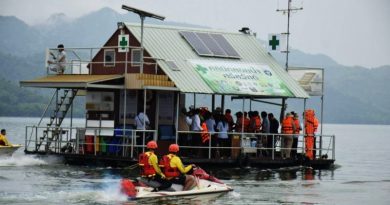 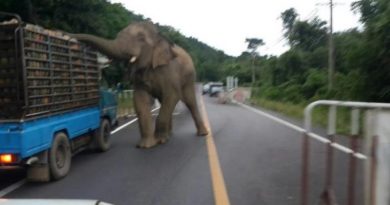