The latest Rally that took place on 16 October 2020 has been moved to the Pathumwan Intersection. The original plan was to continue the rally on Ratchaprasong Intersection at 17.00. When the day arrived officials were seen sectioning off the road by placing barriers and barbed wires. Officials surrounded the area including in Pratunam, around shopping malls, closed down the roads connecting to Rachprasong, bridges, and sealed off the Ratchaprasong Skyline commonly known as the “Skywalk”. The Skywalk connects to Platinum Fashion Mall, Novotel Platinum, Central World, Big C, Gaysorn Village, BTS Chidlom Station, and BTS Siam Station.

The official Facebook pages “United Front of Thammasat and Demonstration” and “Free YOUTH” posted an update to protestors that the rally will be stationed at the Pathumwan Intersection instead. Both Facebook pages stated “Urgent! It is confirmed, we will be moving to Pathumwan Intersection today at 17.00! Please help share the news and prepare. Don’t even think of being enemies with the people. Accept our demands because you will never be able to stop this movement! – From #16OctatRatchaprasong to #16OctatPathumwan”.

Prayut Chan-o-cha the Prime Minister declared a severe state of emergency for Bangkok city after the rallies started on 14 Oct 2020. On the 16th, news reporters asked the PM whether he was going to resign from his position according to the demands of the protestors. The PM stated “No” and also stated that the government is trying to improve the economy to help the people along with many other problems in the nation. Instead of the existing issues, the government has to focus on people who are breaking the law. He asked whether this was right, to think carefully, and follow the law. The PM ended his statement with “this is not a threat”.

FB Caption: The PM asked whether this was right, to think carefully, and to follow the law, “this is not a threat”. 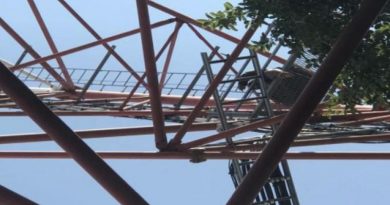 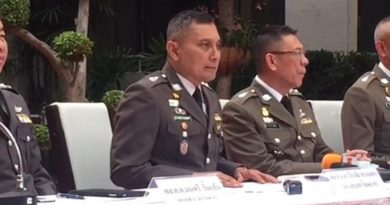