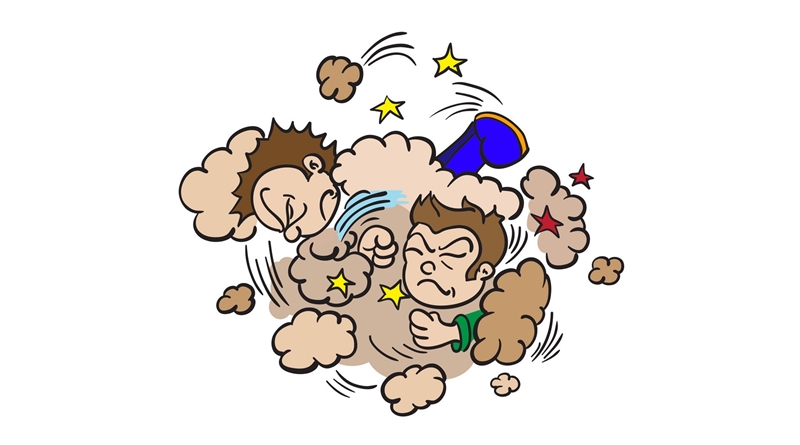 There was a video posted online that spread like wildfire through Thai social media users. The video shows two men fighting on the road, one is a motorbike driver and the other is a public bus driver. As they are fighting, civilians nearby rush in to stop the fight as it is scaring everyone along with the fact that no one should get hurt from the anger management between the two.

The Facebook page “Mum Meud” the name of the page can be translated to “dark side” in English shared this video along with the caption “Maybe the weather’s too hot, motorbike driver vs. public bus”. The video shows both men fighting with such anger that it is scaring the civilians nearby. Other good citizens rush in with an attempt to stop the two men fighting before things escalate too far.

It is still unknown how the fight started. Netizens who have seen the video expressed many opinions on the matter, one popular comment stated “The Lalamove driver with the orange shirt is a great guy. He begged them to stop fighting and went in between the two angry men. This shows that Thai kindness still exists, but in situations like this if they won’t give up then just let them go, applause for Lalamove guy”.

While many expressed their opinions to why the passengers were still willing to sit on a public bus with such an emotional and unstable driver. This may lead to reckless driving if something on the road triggers the driver.

FB Caption: The video shows two men fighting on the road, one is a motorbike driver and the other is a public bus driver.