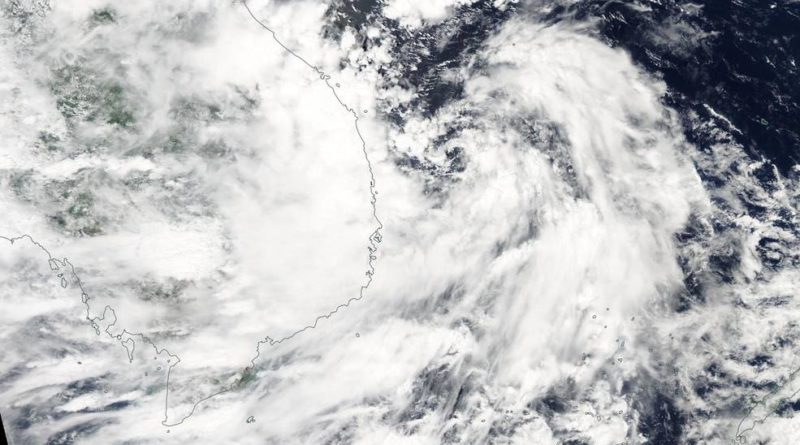 WITH tropical storm “Rai’ heading for Vietnam’s coastal city of Da Nang this morning and then crossing over to Thailand, the Thai Meteorological Department has issued a warning of heavy to very heavy rains in 28 provinces in upper parts of the country starting tonight.

Thailand’s Northeast region will be first hit when this tropical storm, which was earlier a tropical depression, makes a landfall on the central Vietnamese shore, Thai PBS said this morning.

Along the path it moves, the tropical storm will unleash heavy to extremely heavy rainfall through to end of the week, starting from the Northeast and then spreading to the East, Central and the Northern regions.

The people living in 28 provinces along its path were advised to brace for relentless rainfalls, landslides, flash floods, floods and gales that are expected tonight.

Meanwhile NASA’s Aqua satellite passed over the South China Sea and captured a visible image of the storm that had quickly started moving over Vietnam today.

With the storm called TD19W while still a depression, NASA said it was located about 97 miles southeast of Da Nang, Vietnam, near 15.1 degrees north latitude and 109.7 degrees east longitude. It had maximum sustained winds near 34.5 mph (30 knots/55.5 kph) and was not expected to strengthen as it moves northwest at 16.1 mph (14 knots/25.9 kph) toward landfall.

The Joint Typhoon Warning Center forecast calls for TD19W to move ashore in central Vietnam within 12 hours and dissipate inland.

Traffic was also bad on parts of Ladprao, Pradithammanoon and Sirinthorn roads, according to Thai News Agency.

TOP: NASA’s Aqua satellite captured this image of the tropical depression TD19W which has now turned into tropical storm Rai as it quickly moves into Vietnam. Photo: NASA 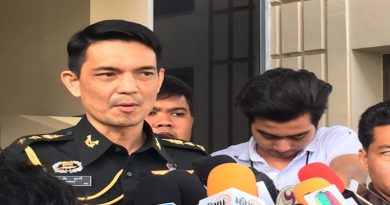