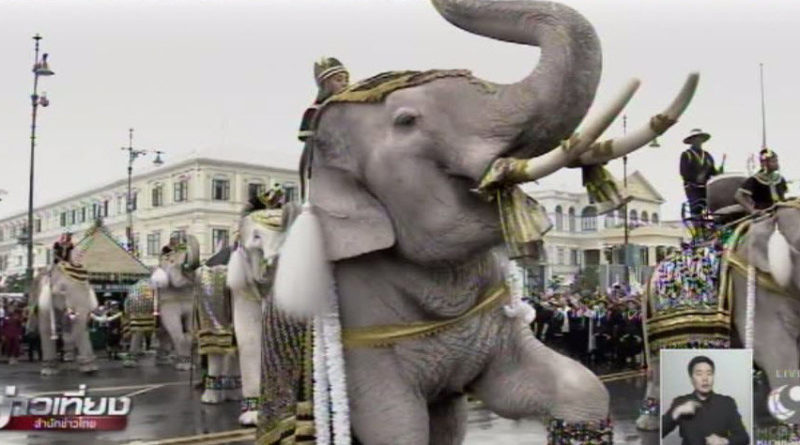 DESPITE the cloudy and rainy weather today a parade of 11 elephants joined mourners from all walks of life in paying respects to the late His Majesty King Bhumibol Adulyadej, Thai News Agency said.

The elephants came from the Elephant Palace and Royal Kraal in Ayuthaya together with 200 mahouts and caretakers and were dressed in battle gear of ancient times.

They paid tribute in front of His Majesty the late King’s body at the Grand Palace at 9.09 a.m. in remembrance of his kindness in always taking good care of the elephant population.

Top and inset: Elephants came from the Elephant Palace and Royal Kraal to pay tribute to His Majesty the late King. Photo: Thai News Agency

Son lights himself on fire after asking mom for lottery winnings.