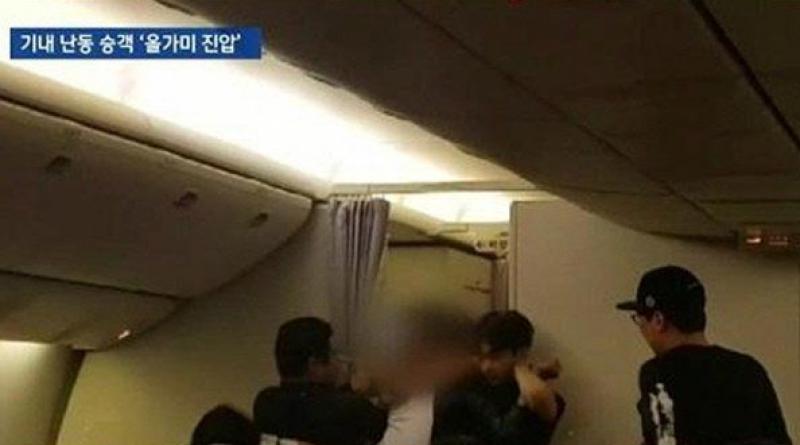 A THAI man who was denied entry to South Korea and put on a low-cost flight back to Thailand was taken off the airplane after he uncontrollably started screaming and yelling because he feared he would face legal action back home, Sanook.com reported today (Sept. 18, 2018).

The crew and some other passengers of the Jin Air flight leaving South Korea’ Incheon airport on Sunday Sept 16 at 7.55 p.m,  pinned him down, and the plane had to return to the passenger terminal from the runway.

South Korea’s JTBC television said the 30-year-old Thai man who raged loudly on the plane had been denied entry by Immigration officials because of unclear objective to visit their country, and was held by them and later put on this flight to Suvarnabhumi airport.

After throwing a wild tantrum and being forced off the jetliner, the Thai man now faces legal action in South Korea.

Top: The Thai man who kicked up a fuss on the Korean plane being held down to be later booted off the airplane. Photo: Sanook.com

Man brings a bag of cobra snakes into a famous Hotel. 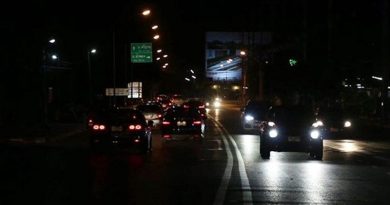