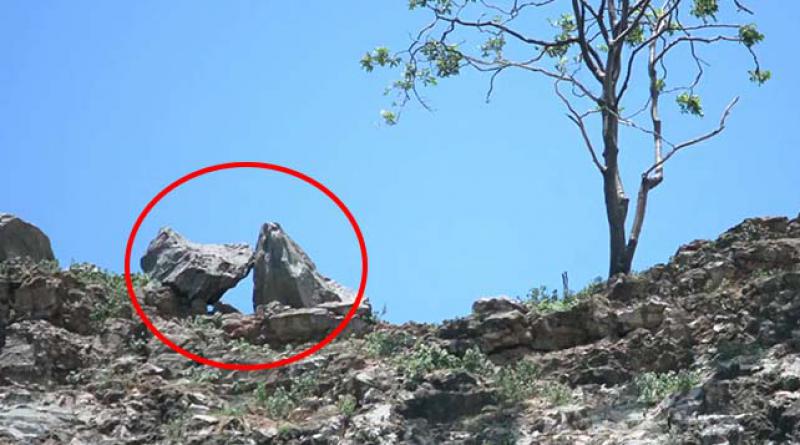 AN interestingly shaped rock formation atop a mountain in Hin Khao Ngoo Park in Racthaburi province has attracted throngs of tourists after being posted to social media, NNT said today (August 21).

The formation is located in Muang district of Ratchbauri province and was posted to Facebook by a local contractor on August 17 who described what appear to be two boulders leaning on one another as “kissing rocks.” The caption caught the imagination of social media users who have been flocking to the park since to snap photos with the strange rocks.

Visitors have gone as far as dubbing the rocks the “I Love You” rocks and have written about its heartwarming appearance.

Hin Khao Ngoo Park is 8 kilometers from inner Ratchaburi, which is 80 kilometers west of Bangkok, and is open year-round. It is favored for its cool temperatures during summer evenings.

Top: The “Kissing Rocks” in Ratchaburi have turned into a new tourist attraction. Photo: NNT 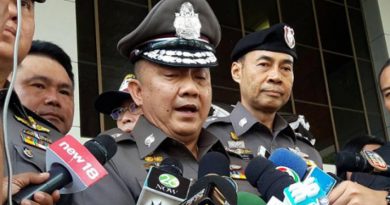 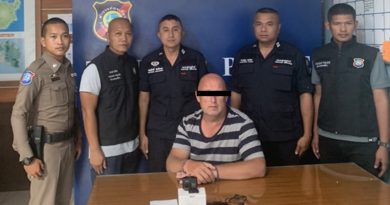