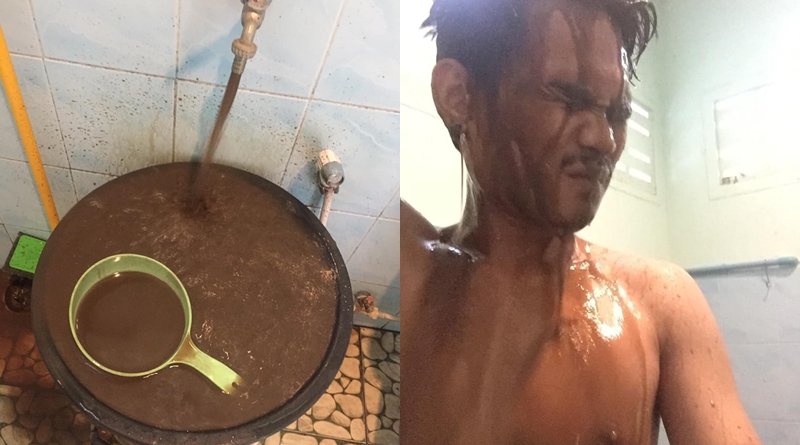 A man from Rayong posted pictures of himself showering with muddy water in Rayong. He later revealed that this was the first time he’s seen tap water like this and wanted to show it to his friends.

Pattinan Pt posted on social media a post with pictures of him covered in muddy water and a picture of the water running out of the tap. He added Rayong to the location tag along with the caption, “Sponsored by…Ovaltine sweet and fresh, Thai tap water for the citizens.”. His post was shared with Thai netizens in a short period of time gaining many likes and comments about the situation.

The Sanook News team went to visit Pattinan at his home in Rayong City and discovered that the water has now returned to normal conditions, safe for the family to use. Pattinan revealed that he shared the story on his personal Facebook on the 28th of this month (28 May 2019). He decided to capture the pictures as he had never seen anything like this before.

Pattinan posted on the same day as when he discovered the water that had turned into muddy water. The first time the water turned this way was when he went to use the bathroom, but the water that came out of his tap was extremely muddy and dark, similar to chocolate milk.

The post owner decided to share his story online for his close friends to see on Facebook what his water looked like. Pattinan did not have hidden intentions to spread information against any government sectors or to blame a specific individual.

After the pictures went online, Pattinan was contacted by an official from the waterworks. Where the official informed him that they are trying to solve the issue as fast as they can so that the tap water returns back to its normal condition. After a while, Pattinan stated that his water started to become less muddy until it was clear as usual.

When the water returned to its normal condition, he and his family members helped clean the toilet because the muddy water went everywhere. There is also a possibility that Pattinan will have to change his water filters after this incident. 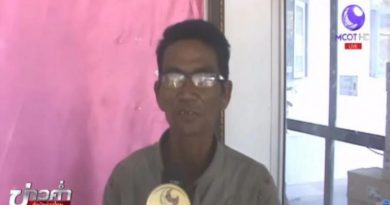