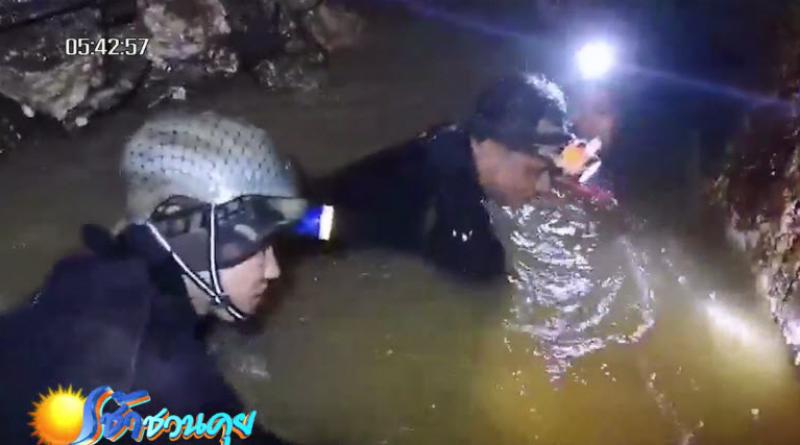 THE riveting rescue of 8 remaining young soccer players and their coach from the huge cave in northern Chiang Rai province cannot take place until rescuers refill and replace the oxygen tanks along the route, Thai News Agency reported this morning (July 9, 2018).

Mr Nanongsak Osothanakorn, the head of the Cave Command Post, said yesterday after the first 4 boys were brought out that rescuers have been rotated with the new team filling oxygen tanks and moving them into the cave. This is expected to take 10 to 20 hours.

Meanwhile Interior Minister Gen Anupong Phaochinda said he is very pleased with the rescue of the first 4 soccer boys from  Tham Luang cave, particularly because many sides cooperated to realize this achievement.

He added that the 4 boys who came out of the cave yesterday are still under doctors’ care but all are strong and safe. They still have to undergo detailed medical examination.

He will be flying to Chiang Rai with Prime Minister Prayut Chan-o-cha this afternoon to follow up on the rescue operation and give moral support to the families of those who remain trapped within the cave.

This morning it was cloudy and there was light rain at Tham Luang cave with the Thai Meteorological Department warning  that there is a strong southwest monsoon prevailing across the Andaman Sea and the Gulf of Thailand with outbreaks of continuous rain likely over the country.

Isolated heavy rain is forecast for the North, the Northeast, the East and the South.

People should watch out for the severe conditions. Andaman Sea will be rough with 2-3 meters high of waves while these waves in the Gulf of Thailand will be 2 meters high. All ships should proceed with caution. Residents along the coast of the East and the South should beware of inshore surge till July 12.

Below : A big pile of oxygen tanks at the cave entrance. Photo: Thai  News Agency 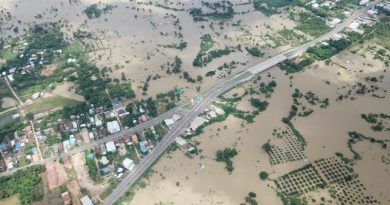 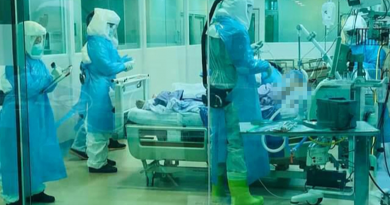