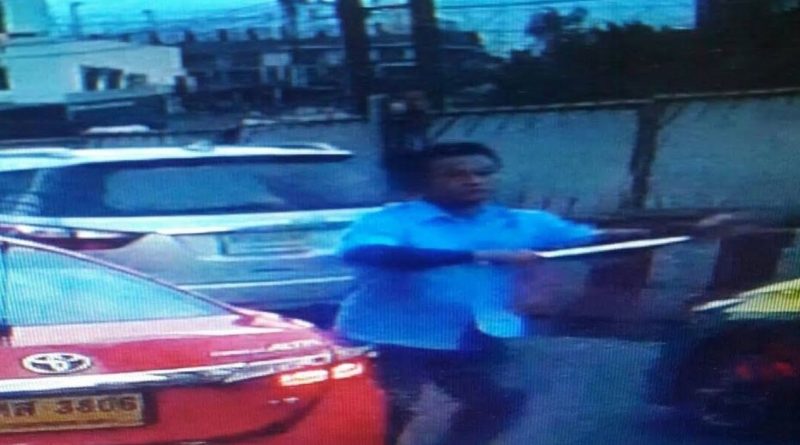 A WELL-KNOWN Thai radio and television presenter was threatened by a taxi driver who parked his cab and brandished a foot-long knife at him when the two of them were moving through a Ratchayothin area bottleneck, Thai News Agency said today (Sept. 4).

Sakdina Rakudomkarn or Pa Ngam, a famous radio and TV presenter, filed a complaint against this cabbie at Phaholyothin police station today but police said the suspect has run away but they are chasing him.

According to Mr Sakdina, the incident occurred on Saturday morning (Sept. 2) when he was driving home on Ratchadapisek road, then crossed Ratchada-Lad Phrao intersection and stopped at the Ratchayothin intersection red lights. There he saw that the middle lane was free so he switched lanes and moved upfront. When the lights changed, he drove on and hit a bottleneck where he switched to the left lane.

Moments later a taxi driver cut in front of him, parked his vehicle, and came out with an almost foot-long knife and yelled at him, “”Want to try it right?”

The taxi driver then went back to his cab and drove on.

Pol. Col.  Ekyangyong Santipreechawat, head of Phaholyothin police station, said this taxi driver’s name is Boonsanong Banyong, 40, and upon being contacted he parked his rented cab in Lad Phrao area, called the owner to collect it, and ran away but they are chasing him. 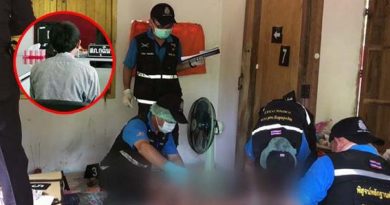 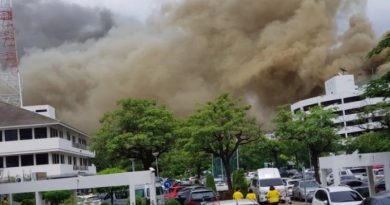