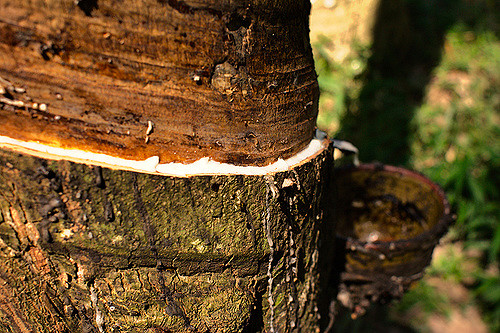 THAILAND’S rubber future is at major risk unless its policy makers in the 4.0 era have a vision to deal with a critical disruptive innovation.

At least two leading global tire makers, Michelin and Bridgestone, have reportedly threatened to stop buying rubber from Thai farmers because of low quality, which mostly comes from the North and Northeast. Some local rubber factories have already declined to buy rubber from the farmers, complaining that they put a drop of sulphuric acid in the latex to make it coagulate more quickly before selling it as cup lumps to the factories.

A tire giant has reportedly decided to put a plan to build a rubber and tire factory in the Northeast on hold.

Such moves have angered rubber farmers in the Northeast, who threatened  to not buy Michelin and Bridgestone tires.

The phenomenon is actually just the tip of the iceberg.  The much bigger problem is dealing with rubber farmers and the country as well as its Thailand 4.0 plan. Obviously no one in the government realizes there’s such a problem.

The rubber farmers and the officials have not realized so far that natural rubber can be and will soon be substituted by plants which yield latex similar to the rubber tree and such latex can be used to produce automobile tires.

The plants which yield such latex are called guayule and Russian dandelion.

Not long ago Bridgestone Americas announced the opening of its 10-acre Biorubber Process Research Center in Mesa, Arizona focused on guayule. Bridgestone will supply the center with biomass for rubber production from guayule grown on its 281-acre farm nearby.

Bridgestone Americas is also one of several collaborators taking part in the Russian dandelion project. Both dandelions and guayule produce very high molecular weight polymer like that from the rubber tree.

Recently, Bridgestone also announced that it had produced passenger tires in Japan and Italy with natural rubber components made 100 per cent from guayule rubber. Bridgestone says the earliest guayule rubber will be in commercial tires is in the 2020s.

Meanwhile Continental has also reached an important milestone in its research project for the industrialization of dandelion rubber in tire production. During the recent International Motor Show (IAA) in Hanover, Continental presented the first test tires made 100 per cent from the innovative material called dandelion.  Continental stated it is even closer to reaching its goal of making tire production more sustainable and less dependent on natural rubber. The company intends to industrialize dandelion rubber and introduce it to serial production within the next five to ten years.

So that’s the disruptive innovation which certainly will destroy the traditional natural rubber industry in not so distant future.  Five years is less than the time for a rubber tree to grow big enough to be tapped for latex and what a nightmare for the farmers and the country if nothing is done to deal with this disruption. 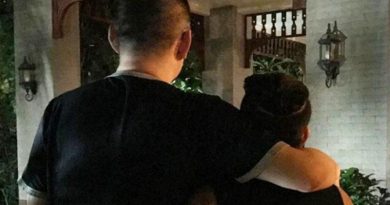 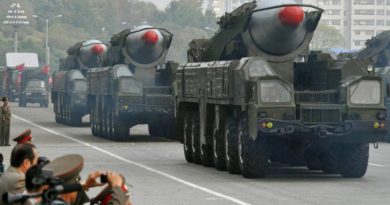