Police Lieutenant General Sompong Chingduang from the Immigration Police and related officials reported the latest arrests of foreigners in the Kingdom at 10.30 on 11 June 2020. There are two latest arrests of a Russian man and an Indian man, the Russian man was caught with 300 kilograms of marijuana and the Indian man was arrested owing over 500,000 THB to his former employees. The Russian man took advantage of his automatic visa extension during Covid-19 and joined a drug-smuggling group.

Officials received information that drugs were being moved from the border into Thailand. The group was using small roads in Tha Song Sub-district, Maha Sarakham Province, and were going to avoid main roads as there were many Covid-19 checkpoints. Police received orders to keep an eye on all roads in the province. The mission went as planned when police spotted a suspicious truck. 2 suspects were arrested Tartykov 29 years old from Russia and Kritsada 27 years old a Thai citizen, inside the vehicle were 296 packs of marijuana. There was another man named Surachart who managed to get away while police were inspecting the vehicle. After some pressure, the Surachart handed himself in. The Biometrics system revealed that Tartykov has traveled in and out of Thailand 17 times within a period of 3 years and often visits provinces near the Mekong River.

Officials also arrested Girish 77 years old from India, wanted by an arrest warrant issued by the Khon Kaen Court. Girish is an employer who hasn’t paid the salaries owed to his employee. The employee had filed a report with the police stating that Girish owes over 500,000 THB on unpaid work. A labor officer has ordered Girish to pay what he owes but instead, the suspect ran away. Investigation revealed that he went to hide in Ban Phai District, Khon Kaen Province. Hopefully, Girish will be able to find the money and pay the employee the promised payment.

FB Caption:  Tartykov has traveled in and out of Thailand 17 times within a period of 3 years and often visits provinces near the Mekong River. 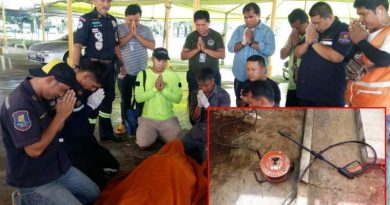 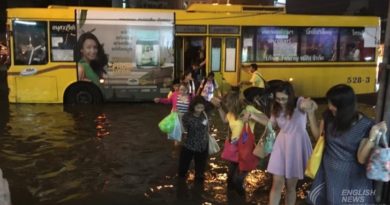