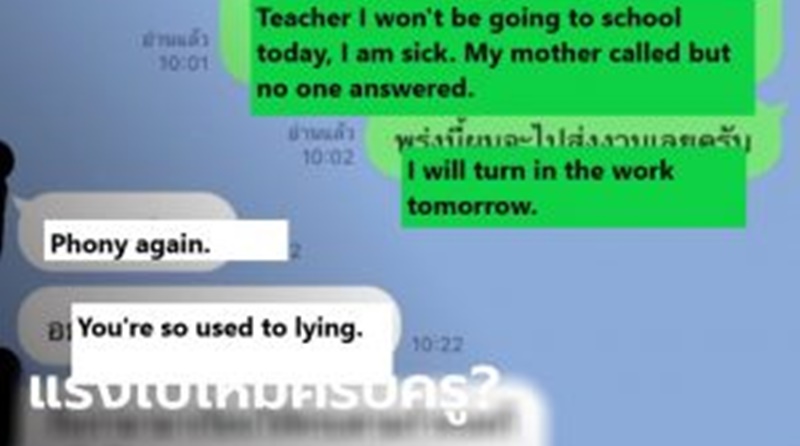 A student texted his teacher informing her that he is sick and will be taking a day off, instead of acknowledgement, the teacher called him a “Phony” and more words. The screenshots of the conversation were later shared online. The teacher admits he may have some history but is it right to call student names. The student was shocked when the teacher responded and claimed the student was so used to lying. The parent came out and confirmed that the student was sick. The parent then asked the teacher if she has any children and if its impossible for students to improve themselves.

The incident took place at a school in Sukhothai Province. The story was posted online by the student with intentions to know what the society thought about the situation. The post stated “a teacher from a famous school in Sukhothai. Is this the right thing to do? I have done wrong before but those who are teachers should give chances to others. Instead, she called me down, I admit I have been addicted to the wrong things but now I have cut it off for good. Yes, I have done wrong before, but a teacher should help and give encouragements to students, is that not true?

Using emotions and words like this are you still a teacher? This is a teacher from a famous school in Sukhothai. They let teachers act and talk like this to students. Those who do not know the truth, better not talk nonsense. The law doesn’t allow discrimination before you do anything think carefully”. The chat screenshot showed the conversation.

FB Caption: The teacher replied “Did you get sick from too much drugs?”. 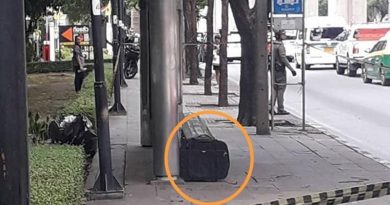 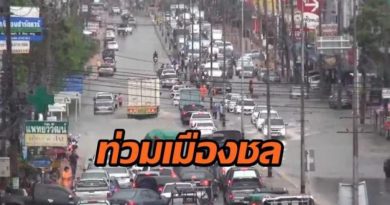 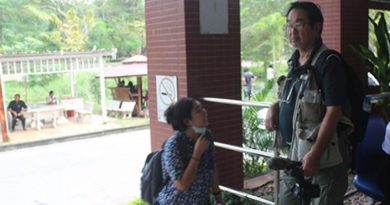