Si Lom Road silent during Songkran 2021. Normally during the long holiday Silom Road is one of the busiest locations in the country. Thousands of Bangkokians join on the road for water wars. Vendors also usually line the road to sell Songkran items including drinks, water and ice to use in water guns, and more. No vendors are seen this year as a part of Covid-19 safety measures to protect against the spread of the virus. The INN News Team visited Si Lom Road on 13 April 2021. The road was silent empty of people. Most of the stores lining the road are also closed with a sign announcing the Covid-19 safety measures. On the walkway some vendors can be seen selling clothes and food.

Sampao Dampimai known as Jam sells shoes on Si Lom Road stated she has been selling items in the area for 17 years. Usually during Songkran Si Lom road is full of people both locals and foreigners visiting the country to join in the festival. During Songkran she normally makes a lot of money but there has been no Songkran celebration on the road for 2 years. Si Lom is silent during this time affecting her income. Sampao further states that government projects has helped the people to buy items that they need.

Tum sells flower printed shirts stated there has been no Songkran on Si Lom for 2 years. It is very silent and lonely in the area. There are some vendors, but no buyers. It is so different from the past, where tourists come in from all over the world to witness the water wars in Thailand. The shirts that Tum sells are a must have for the festival, so she usually makes at least 100,000 THB every Songkran. Another lottery seller stated to the news team that it is extremely quiet, but she has good hopes that there will be more customers during the evening. There is also no traffic on the road, which is very rare for the area.

FB Caption: There is no traffic on Si Lom Road, a rare occurrence. 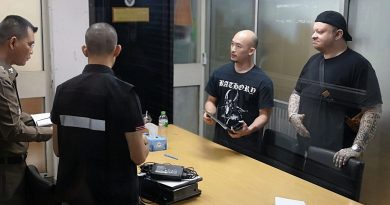 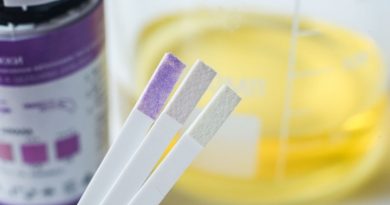