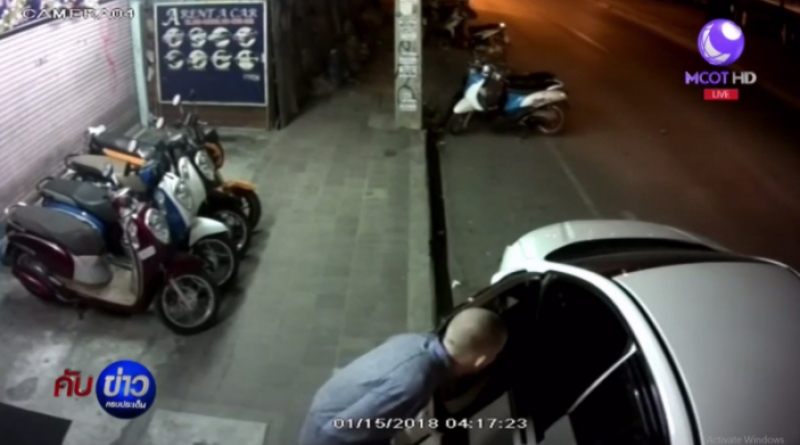 A YOUNG foreign tourist was arrested for stealing a car from a rental company in the heart of northern Chiang Mai City last night and upon being caught claimed he was sleepwalking, Thai News Agency reported today (Jan. 16).

The car burglary suppression unit of Mae Rim Chiang Mai police station arrested Mr Jarrett Goldston, 22, a tourist from America, on the charges of stealing a car from a rental company.

Police had set up a checkpoint at Siboonruang intersection in Mae Rim district, and caught the suspect as he was driving and trying escape.

However, the suspect later told the police he committed the crime while sleepwalking. Mr Vithaya  Sukarom, the owner of A Rental Company, said it was remiss of him to leave a car with the key in the ignition in front of the shop, with this giving the thief an opportunity to steal.

However, he said as he had installed GPS navigation device in the car and security cameras in the shop, these devices helped police capture the suspect.

Top: A security camera image showing the suspect just as he was about to steal the car. Photo: Thai News Agency

In-text: The suspect at the police station after his arrest. Photo: Thai News Agency 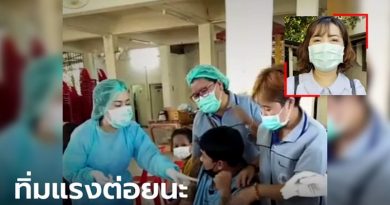 Tattooed man scared of getting vaccinated and threatens nurse.