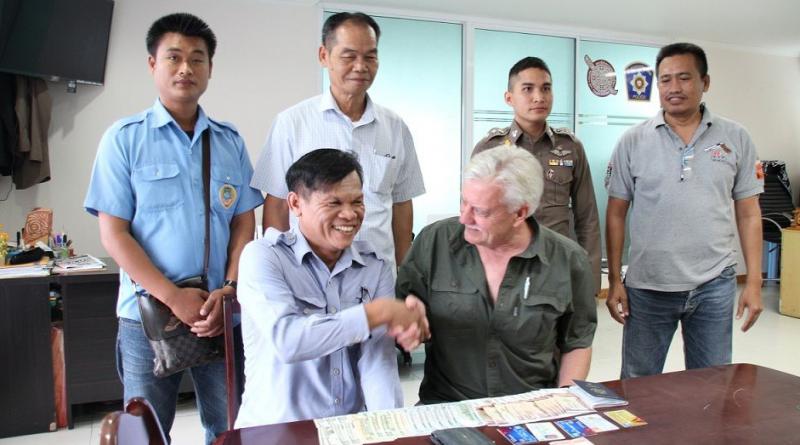 AN American tourist who dropped his wallet on a Pattaya song taew bus 4 days ago got it back today (June 9, 2018) after Pattaya police traced him in Bangkok, Thai News Agency reported.

Mr.John Edward Haas, 68, went back to Pattaya today to collect his wallet in which there were some important documents and Thai baht and US dollars totaling 50,000 baht.

Mr Prawit Meephrae, 48, driver of song taew bus number 243 found the wallet within the vehicle on June 5 and had handed it  to Pattaya police.

Haas, who travels to Thailand often and will be returning to US on June 22, only remembered that he got on the bus to go to the pier that day but not where he had dropped his wallet.

He added that he is very impressed by the kindness of the Thai people.

Top: Haas getting his wallet back at the Pattaya police station today. Photo: Thai News Agency 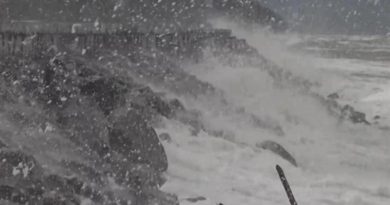 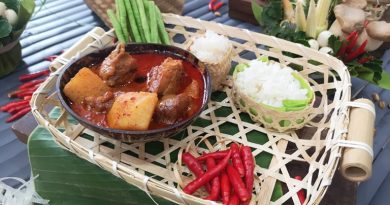