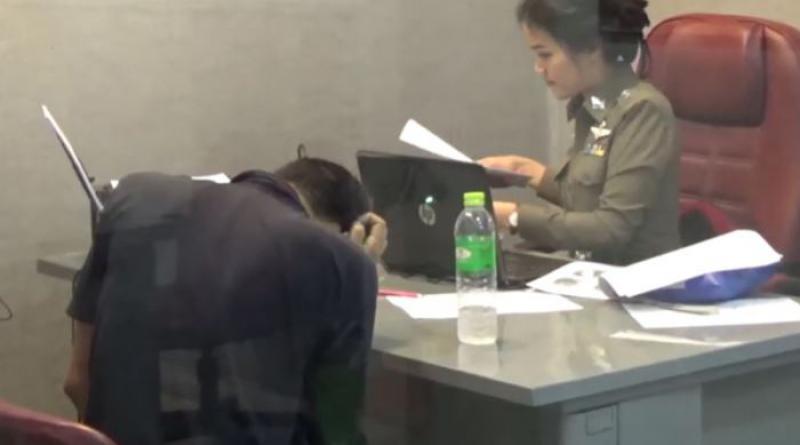 A THAI man with a criminal record was arrested today (Sept 23, 2018) on the charges of raping and stealing valuables from a woman at a hostel in Bangkok’s Huai Kwang district, INN News reported.

Mr Surin Yantadilok, or Pang Him, 36, was apprehended in Ramintra area under an arrest warrant issued by the criminal court on the charges of raping and injuring this woman and 6 Buddha amulets were seized from him.

Huai Kwang police said Surin confessed that he is obsessed by sex and on the night of the rape he had borrowed his friend’s motorcycle and rode to visit a transvestite living at this hostel.

However the transvestite was not in so he sat drinking alcohol near the hostel. After a while he noticed that it was secluded and did not have any security cameras, so he went in to look for an unlocked room.

After trying to open a number of rooms from the first to the fourth floor, he finally found one unlocked, and went in. The occupant was taking a shower, and after stealing her valuables, he waited for her to come out, raped her, and fled.

A background check reveals that Surin had been previously arrested for theft in 2010 and possession of explosives in 2011.

Huai Kwang police urged all hostel owners to install CCTVs for the tenants’ safety and also warned all residents to always lock their door.

Below: A chart showing the investigation that led to the suspect’s arrest. Photo: INN News 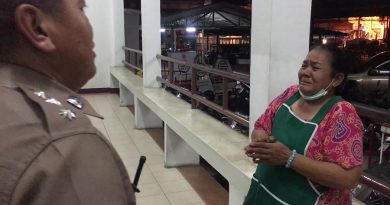