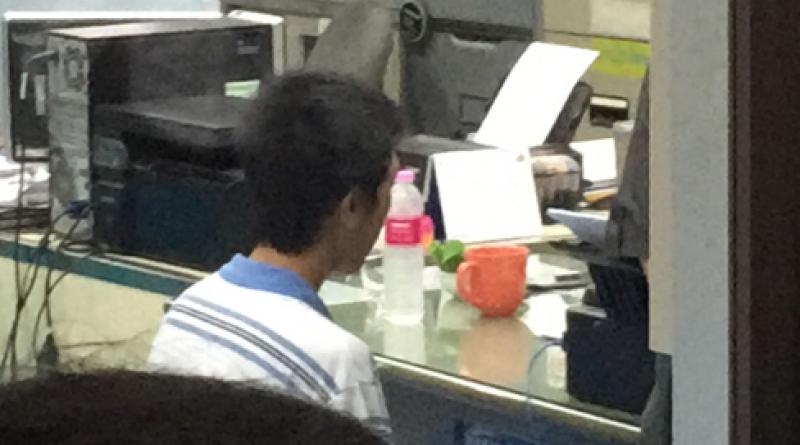 A YOUTH has been arrested in the stabbing to death of a 16-year-old student on a pedestrian bridge across Charansanidwong road in Bangkok but he denies the charges while police say they have strong CCTV evidence, INN News reported today (Nov. 2).

Metropolitan Police investigators arrested the 20-year-old youth accused of knifing the student of a vocational institute to death and sent him to Bangphlad police station for investigators to take legal action.

Pol. Lt. Col. Worndej Chomphoophat, deputy head for investigation at Bangphlad station, said the suspect still denied committing the crime and stated that he was not linked to the murder.

However police checked the security camera footage near the scene of the crime and this led them to him.

The mother of the dead student came to Bangphlad station to get some documents about the case and said very briefly that her son was walking across the footbridge to meet his girlfriend when he was stabbed to death but she is uncertain whether  his murder stemmed from a love conflict.