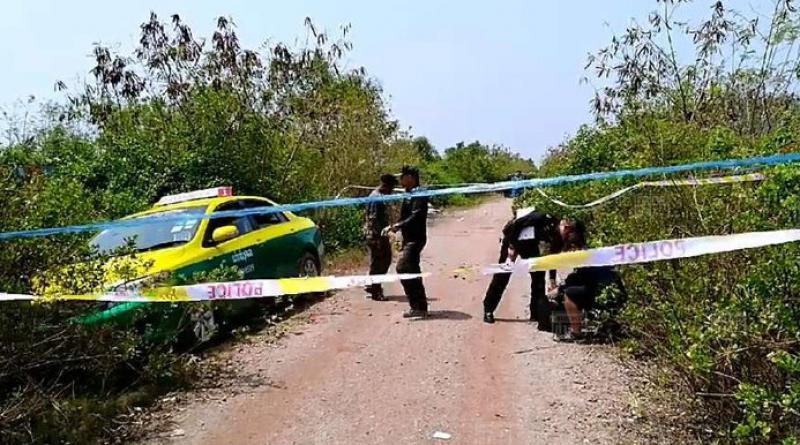 A 63-year-old taxi driver was found with his throat slashed lying on a pile of garbage at an underbrush in Samut Sakhon province today (March 25) with the killer or killers having stolen his wallet, Sanook.com reported.

Police investigators found that within the Bangkok-registered green and yellow taxi there was a lot of blood on the front seat and dropped on the floor was a black money belt which had been searched. There were also 2 small diaries on the driver’s seat.

Initial investigation revealed that this taxi driver had picked up a passenger or passengers at Om Noi subdistrict at dawn today before his body was found.

Police are checking CCTV footage and questioning eyewitnesses as they track down the killers.

Top: The taxi parked next to the underbrush where the driver’s body for found today. Photo: Sanook.com 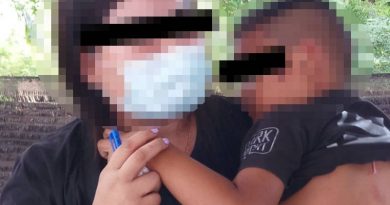