Pol Maj-Gen Yarayong Vechosod, head of Provincial Police Region 4, together with Pol Lt-Col Detchart Moolmanee, head of this region’s investigation division, said Miss A and Miss B (assumed names), who are suspects in this human trafficking case, were arrested at a motel in Roi Et city.

Pol Lt-Col Detchart revealed that after police broke up a drug trafficking network in this city, further investigation revealed that the suspects were not only dealing in drugs but also prostitution for drugs.

Upon being hardened after being prostituted in this manner several times, these young girls, usually 15 to 18 years of age, themselves moved into the prostitution trade.

Miss A confessed that older relatives in the drug network had contacted her to find a 15-year-old girl to give sexual service to a friend at a motel, and that the girl could opt for drugs instead of cash.

She then took Miss B there, but was caught by police upon reaching the premises.

She added that she had supplied girls to clients 3 times and got 200 baht each time, which she used to buy drugs and go out with friends.

Miss B confessed that her dad was in the provincial jail on a drug charge while her mum was working in Pattaya and sent her 500 baht a week to cover her expenses.

As she was alone, she dropped out of school and became a prostitute getting both drugs and money for sex, with most of her clients being her dad’s friends.

She added that Miss A had got her clients many times, and her share was 500 baht.

Top: Miss A and Miss B at Roi-Et police station. Photo: Sanook.com 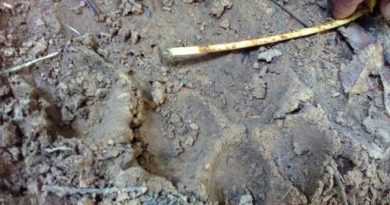