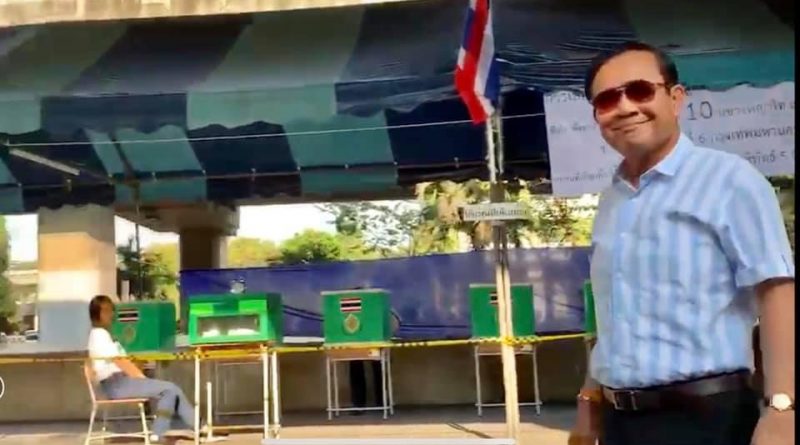 There are 92,500 polling stations across Thailand, many prime minister candidates have come to use their voting rights right when the polling station opens for votes, some even come before from the excitement of voting again after years of waiting.

Gen. Prayut Chan-O-Cha the current  Prime Minister of Thailand went to vote at the polling station located in Phayathai, Bangkok city. Gen. Prayut is named no.165 on the list of residents in his polling district. He is seen with a big smile as he comes out of the voting booth.

Thanathorn Juanroongruangkit leader of the Future Forward Party leader went to vote at a polling station in Prawet district located inside the Ramkhamhaeng University 2 with his wife. Tanathorn came to the polling station early before the station was even opened and was the first person to vote at such station. Thanathorn reported is extremely excited to vote and decided to come early, he will be having lunch with his mother and then heading to his party to watch the live count together later in the day.

Chatchart Sittipan the prime minister candidate of the Pheu Thai Party traveled to his polling station located in Watthana district, Bangkok by an electric scooter. He stated that traveling by an electric scooter saves a lot of time from the traffic on the road in the early mornings of a Monday. He also invites all citizens to come to use their rights to become a part of Thailand’s new future.

Sudarat Keyuraphan from the Pheu Thai Party went to vote at a polling station in Chatuchak, Bangkok located in the parking station of the Siam Commercial bank in Ladprao 10 early on the morning of the election date. Sudarat is no.321 in the name of citizens with voting rights at the polling station. Abhisit Vejjajiva the prime minister candidate for the Democrat Party of Thailand came to vote early in the morning at a polling station located in Watthana district, Bangkok. Abhisit stated that he is not excited to vote but will be returning to his party to watch the live count together in hopes of becoming the next governing party of Thailand. He also invites citizens to come to use their voting rights before the election date is over at their polling station.

FB Caption: There are 92,500 polling stations across Thailand, many prime minister candidates have come to use their voting rights right when the polling station opens for votes, some even come before from the excitement of getting to vote again after years of waiting. 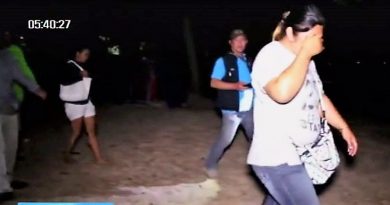 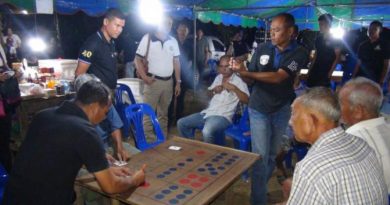