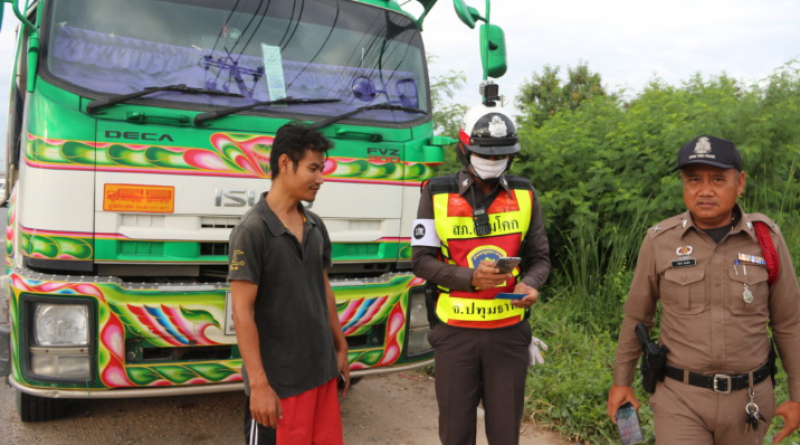 A TRUCK driver and his wife who parked their vehicle by the roadside in adjacent Pathum Thani province to sleep a few hours last night got a big shock when they woke up this morning (June 8, 2018) because thieves had unscrewed the petrol tank and taken all the fuel, the Thai-language daily Matichon reported.

Mr Adisorn Boonbamrung, 34, told police who rushed to Bang Pa-in-Pathum Thani road (Highway Number 347) where the truck was parked that he had set forth from Vacharaphol road, and was heading to Sena district in Ayuthaya province, but parked at this spot to sleep from 2 a.m. to 6 a.m.

When he woke up and could not start the engine, he noticed that the fuel gauge needle would not rise, so came down to check and saw oil splattered on the road, with the oil tank screws discarded nearby. There had been 150 liters of petrol in the tank, purchased at 28.84 baht a liter.

Adisorn added that the area he had parked to sleep is frequently used by truckers to nap during long journeys.

Police said at least 2 person were involved in this theft and are quickly chasing them.

Top and below: Adisorn talking to the police after thieves stole petrol from his vehicle while he slept last night. Photo: Matichon 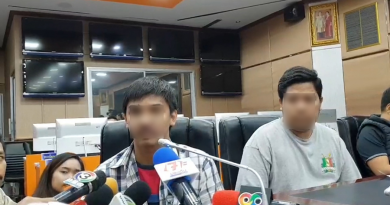 Thief’s BFF returns money from a 7.2 million robbery to the police.