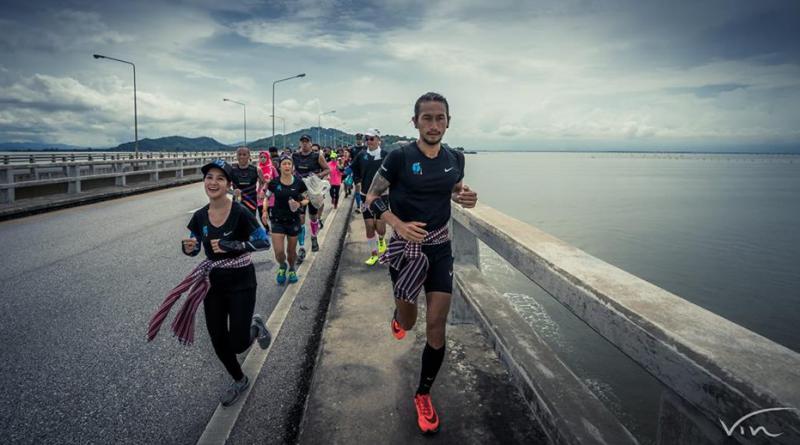 WHEN talk-of-the-town famous rocker “Toon Bodyslam” (Artiwara Kongmalai) finished the sixth day of his charity marathon mission, he has proven the emergence of a balance of hope, unity, compassion and donations, with even counterfeit T-shirts of the project being included in this mix.

It did not take long before admiration for Toon pushed the donations to easily pass 100 million baht for his Terry Fox Run like marathon from southernmost Thailand to the farthest north. It also did not take long for the Internet to pick up rumors about knock-off T-shirts of the project being seen at well-known wholesale markets such as Bo Bae. Goodness still has a place in this world. Despite Thailand’s infamous reputation regarding intellectual property violation, it was the entrepreneurs and companies in T-shirt manufacturing business who are currently campaigning not to take production orders from unverified clients in a bid to prevent violation of any rights belongs to the Kao Kon La Kao project such as logos, names, fonts and designs.

Encouraged by Toon’s act of sacrifice, dedication and determination, the Facebook page titled Little Princess of Andaman < facebook.com/littleprincessofandaman/> was reportedly the first to call out to fellow big and small T-shirt business entrepreneurs to not take part in producing counterfeit T-shirts of which many requests had already been made.

Through the social network, these manufacturers agreed to post messages on their social app pages and share it out among their peers. These posts contain messages such as “We do not accept orders to produce fake T-shirts to exploit Toon’s run” or “Please keep your vicious plan to yourself, don’t even think about asking if we will make it for you” and others of the similar context.

The public quickly spread the news in admiration since it has been known that intellectual property violation can most commonly be found in clothing and apparels such as T-shirts.

The same page also asked its network to help report shirt orders suspected to be fake (unauthorized) and the total amount has added up to around 200,000 shirts, posted on the page’s status update at the time of this article’s writing.

The 2,191-kilometer Kao Kon La Kao Run (Each Take One Step) aims to raise 700 million baht for 11 hospitals by asking 10 baht from each person in Thailand. Toon started the run in Betong district of Yala province on Nov. 1 and should reach his destination in Mae Sai district of Chiang Rai province on Dec 26. He is to run for four days and rest one day, then repeat the cycle.

Inset: Toon surrounded with a large number of fans during his marathon. Photo: Facebook.com/kaokonlakao

Below: Little Princess of Andaman Facebook page which urges T-shirt entrepreneurs to not produce fakes of this charity project. Photo: Facebook.com/littleprincessofandaman 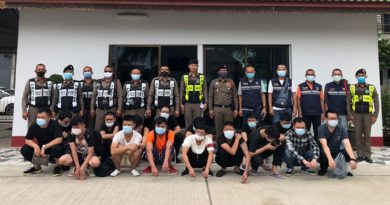