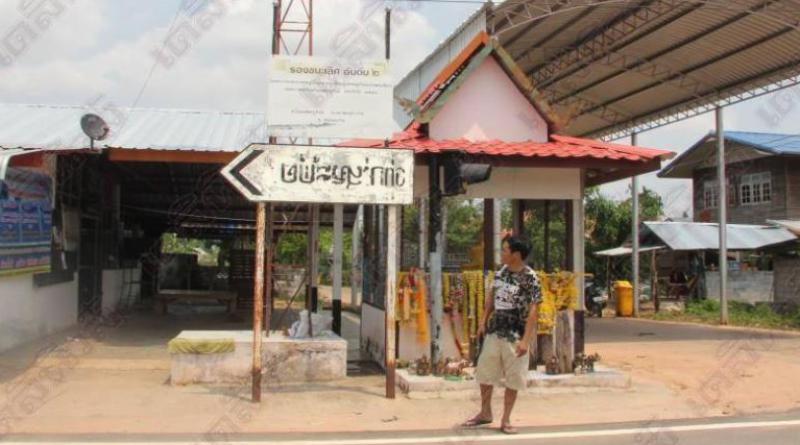 DRIVERS stopping at traffic lights in a village in Noansomboon Sub-district of Khon Kaen’s Khao Suan Kwang District often wonder when municipal officials will remove an upside-down road sign on the outskirts of the city, the Thai-language Daily News reported today (April 21).

A lot of complaints were made when the sign first appeared a few months ago. It was repainted with the correct spellings drawn over it. But the paint wore off after three months, and it was again repainted.

Some drivers just laugh it off. But many are pushing the officials to make a new sign. “I think it shows the negligence and incompetence of our municipality officials,” a school teacher told the paper.