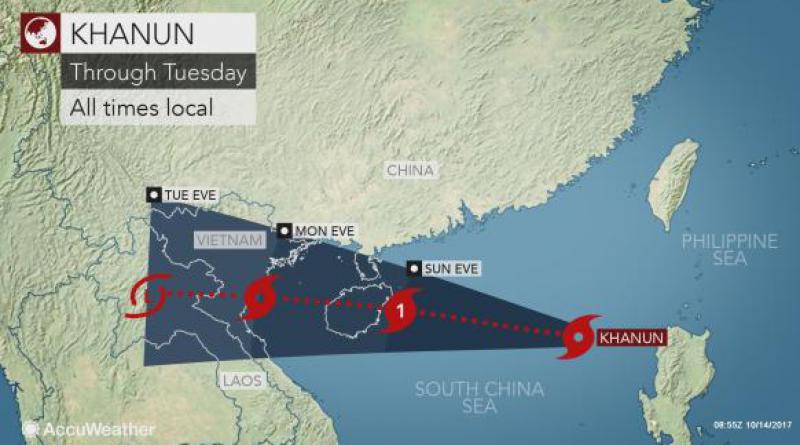 MORE rain with isolated heavy showers are likely across Thailand from Sunday through to Tuesday (Oct.15-17) as Tropical Storm Khanun weakens quickly as it travels over upper Vietnam and a monsoon trough also hovers over large parts of the country, the Thai Meteorological Department warned at 4 pm today (Oct. 14)

Tropical Storm Khanun, which this afternoon was over upper South China Sea and western side of the Philippines, is slowly moving in a west-northwest direction and will lose some of its energy as it reaches upper Vietnam and Laos which is covered by a high pressure system.

Meanwhile a monsoon trough lies across Lower Central, Upper South and the Eastern regions of the country while a southwest monsoon prevails across the Andaman Sea and the South with these weather patterns pointing to outbreaks of rain spells and isolated heavy showers.

“Given conducive conditions for strengthening, Khanun is expected to become a typhoon before moving across China’s Hainan Island on Sunday night,” AccuWeather Meteorologist Adam Douty said.

“Heavy rainfall is expected along the path of the storm with flash flooding and mudslides,” Douty said. “Wind damage is likely as well near the center of the storm.” Residents of Hainan should prepare for strong winds gusts capable of causing widespread tree damage and power outages that can last for days. Some structures may also sustain damage.

A significant storm surge may build up and severely inundate the eastern coasts of Leizhou Peninsula and Hainan on Sunday.

While the storm may not regain typhoon strength before moving into northern Vietnam, it threatens to exacerbate the flood disaster that unfolded earlier this week in the wake of Tropical Depression 23W.

The path of Khanun into northern Vietnam may closely mirror that of Tropical Depression 23W. Excessive rainfall over the same areas that were inundated by the recent depression will easily worsen or trigger new flooding and mudslides, putting more lives and property in extreme danger.

Flooding and landslides have killed dozens of people in northern and central Vietnam with more than 300 homes collapsed. More than 34,000 homes were either submerged or damaged.

Rivers that are already putting a strain on area dams are expected to further rise when Khanun moves through the region. Raging water or mudslides could also damage roads and bridges.

Residents should prepare for possible evacuations and be sure to heed any such orders that get issued.

In addition to the torrential rain, damaging winds may accompany Khanun into Vietnam.

“The wind damage in Vietnam will be centered around where Khanun makes landfall,” Douty said.

This will put areas from Vinh to Thanh Hóa at greatest risk for damaging winds.

After making its final landfall, flooding downpours may continue to accompany Khanun as it fizzles over northern Vietnam and into neighboring Laos on Tuesday.

Nearly a month has passed since a typhoon last roamed the waters of the western Pacific Ocean, and this budding tropical storm is only the beginning of what will be another active stretch.

“The western Pacific Ocean should be quite active over the next two to perhaps three weeks,” AccuWeather Senior Meteorologist Jason Nicholls said. 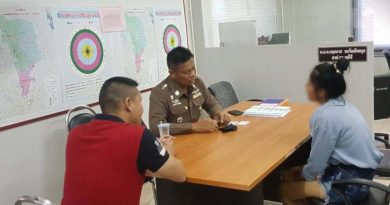 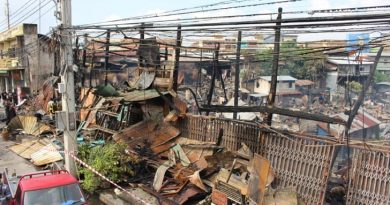