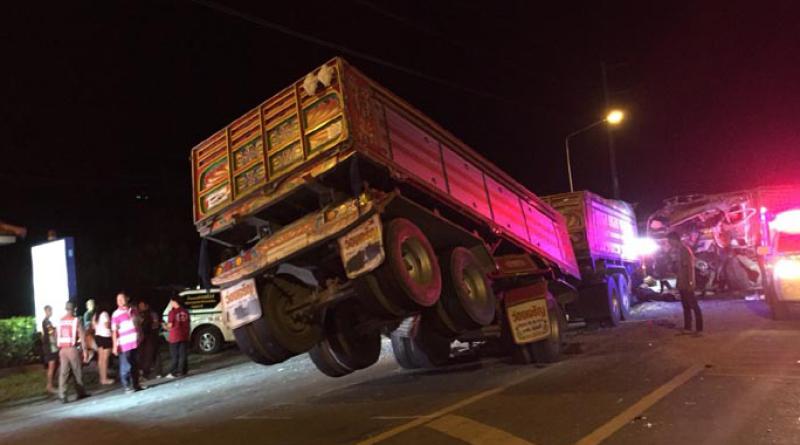 TWO 18-wheel trailer trucks with one of them carrying a heavy load of rocks collided head-on in central Nakhon Pathom province last night, instantly killing both the drivers, Sanook.com reported this morning (July 17, 2018).

Pol Lt Col Phirawut Phirawutphan, duty investigator at Bang Luang Station, and rescuers rushed to the scene of the accident on Song Phi Nong road in Bang Len district, where they found the front of both the trucks badly smashed, and it was not possible to bring out the dead bodies of the 2 drivers without heavier cutting equipment.

After getting the required equipment it took rescuers 2 hours to get their bodies out of the smashed large vehicles, and every bone in their bodies was broken.

Police found out that the empty trailer truck had been heading for Song Phi Nong district but the driver lost control of the vehicle, crossed the lane, and smashed into the other vehicle, which was heading for for Lad Bua Luang.

Police have contacted the relatives of both dead drivers to come and take their bodies for funeral service. 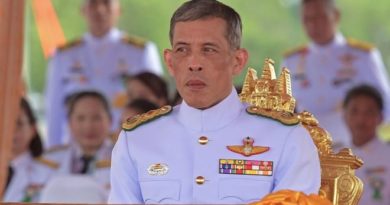