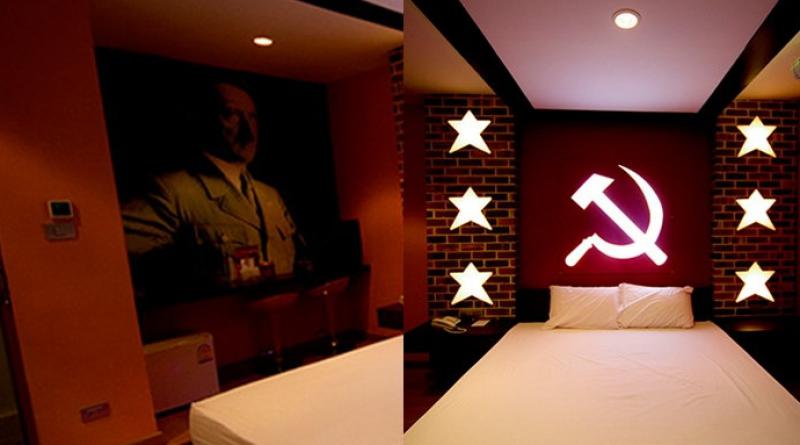 FOREIGN media outlets such as The Sun in UK and Jerusalem Post in Israel have reported the anger of some foreigners after a sex hotel in Nonthaburi posted large photos of Adolf Hitler on the walls of one of its rooms despite the systematic murder of an estimated 6 million Jews by the Nazis during World War II, Sanook.com reported today (Oct. 4, 2018).

Jerusalem Post quoted Rabbi Abraham Cooper, associate dean and director of Global Social Action for the Simon Wiesenthal Center as saying that Bangkok is a major international tourist destination and there is no excuse for any establishment in any civilized country to turn Hitler into a motif for a hotel room.

“We expect that Thai authorities will move swiftly to either close the establishment,” Cooper said, “or demand that such a room be redesigned immediately.” “It shows a complete lack of knowledge and education about Hitler, the harm he cause and the horrifying crimes that he committed in World War Two.

“This is a problem throughout Asia and unfortunately I’m not at all surprised by it. Frankly, the Thai government needs to be a lot more active in preventing this kind of thing and there’s no reason why they shouldn’t be.”

The Sun also quoted a furious Jewish tourist, who wished to remain anonymous, as saying: “A friend told me about the room and I thought it was very offensive, not just to Jewish people, but to every decent human being. I can’t even begin to imagine why somebody would decorate it like this.

“I don’t think there is any malice behind the decor but it shows a lack of education and historical sensitivity.”

However this motel does not just have a Nazi-themed-room with many other types also available including those in Japanese, Indian, Cowboy, Hollywood, love and war styles plus a few based on movies such as The Matrix and a spider room.

Top and in-text: The offensive Nazi-themed room at the sex hotel in Nonthaburi. Photo: Sanook.com

Below: Rooms in other styles at this hotel. Photos: Sanook.com 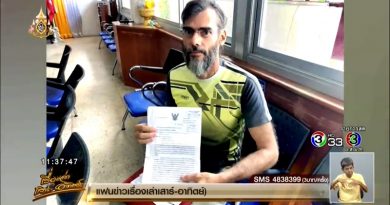