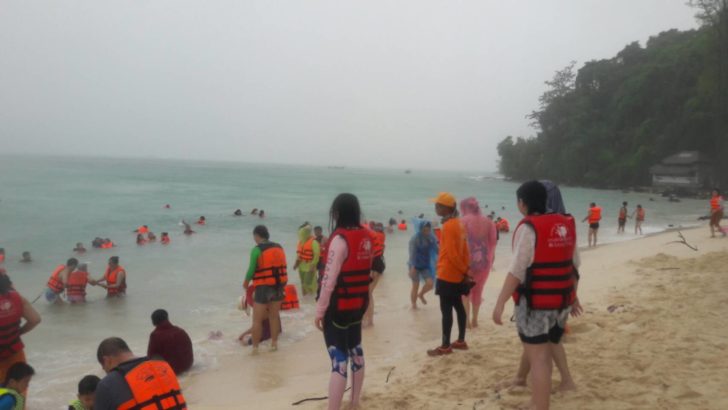 OFFICIALS in Krabi issued an urgent weather warning as torrential rain could lead to floods and landslides while red flags have been put up on a popular beach, Matichon newspaper said today (June 7).

Deputy Governor Somkhuan Khanngern issued an urgent announcement to all eight district chiefs to warn the people in risky areas to watch both the sea and canal water levels because there could be floods and forest runoffs and they should be prepared to evacuate with their farm animals and belongings in face of this risk.

Meanwhile officials at Hat Nopparat Thara-Koh Phi Phi National Park put up red flags on the beach to stop people from going into the water as it is too dangerous to do so right now.

Over 50 small fishing and traditional boat owners in Muang District have been affected by the stormy weather and  cannot go out to sea so now have to look for odd jobs to make ends meet. 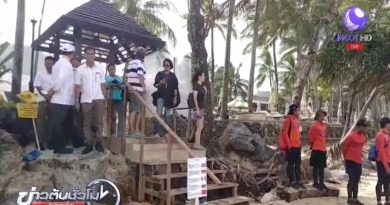