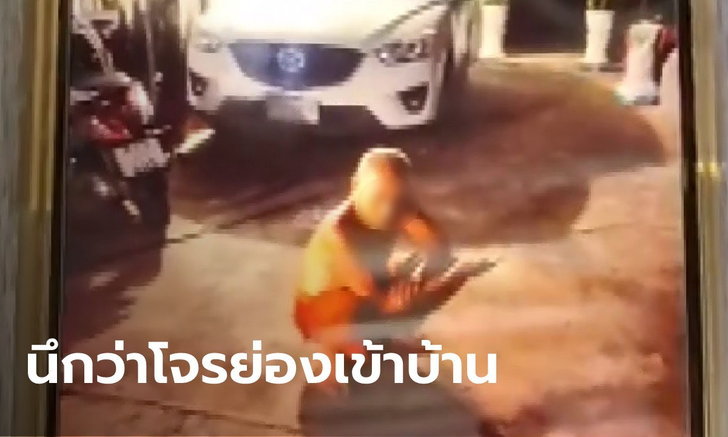 A villager went into his home kitchen at night but was shocked and confused when he found a monk. The monk states he cannot remember anything. The incident took place in Nang Rong District, Buriram Province. The villager sent the story to Sanook News Team after he found a monk sitting inside her kitchen during the night. At first, locals were all scared after hearing the news thinking there was a theft problem in the area. After hearing the monk’s story they started to feel sympathy. The monk stated he didn’t realize what he had done, he also has no memory of how he ended up inside the stranger’s home.

Sub Lieutenant Thanawat Papyon 81 years old the homeowner stated the incident took place after midnight on 14 January 2022. His daughter heard strange noises in the kitchen and was afraid of an intruder. She turned on the lights and went into the kitchen. This is when the daughter found an old monk sitting inside. Each person was equally shocked. The father asked the monk how he got inside and what he wanted. The monk stated he walked from a local temple to visit his son who lived inside the same village. But he doesn’t remember how he got inside the home.

The police were notified and confirmed he is a real monk. Nothing was damaged or lost from inside the home. The homeowner did not press any charges. Police delivered the monk back to the temple. The next day his son who did live inside the same village went to pick his father up and came to apologize. Nakorn 37 years old the son stated his father who is 72 years old has been a monk for 25 years now. He was shocked to hear the news but his father truly cannot remember anything, only that he went inside a home.

FB Caption: The old monk cannot remember how he got inside the home.