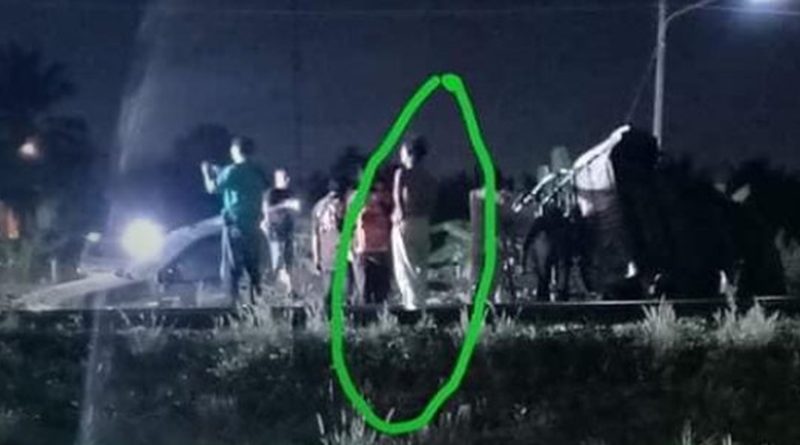 A picture went viral online amongst Thai netizens with what appeared to be a female ghost wearing a traditional Thai dress standing in a crowd of people by the railroad tracks. There was an accident on the night of 22 January 2020 when the train crashed into a truck that was stuck on the rails. Villagers in the area tried to push the truck off the rails but the plan failed. Luckily Pitak 55 years old the truck driver made it out of the vehicle just in time before the train crashed straight into his truck. He stood by what was left of the vehicle waiting for officials to arrive.

The incident took place in Nakhon Chai Si District, Nakhon Pathom Province. Train no. 351 Thonburi – Ratchaburi locomotive was only slightly damaged so the train continued its journey to Ratchaburi Province. Officials from the State of Railway Thailand inspected the incident and made sure that the train was safe to leave before the journey continued.

A picture from the incident went viral on 23 January 2020 taken by a member of the local rescue team. The picture showed a crowd of people looking at the accident but there appeared to be a woman standing by the rails wearing a traditional Thai dress resting her hands on the hips. The Facebook account “คน เดิน เดิน” posted the picture with a caption “While the rescue team was cleaning up after the train crashed into a truck someone took a picture with this woman in it. No one saw her at the location, members heard dogs howling and a woman crying…”.

Another rescue team member also posted a caption “22:40 I believe that the railway tracks here have something mysterious. While we were on a mission many members heard dogs howling, personally, I heard a woman crying with such deep pain.”.

The mystery ended when the Facebook user “Teerathep Chantala” posted pictures from the accident taken from other angles that helped answer all the questions. There was a shirtless man standing by the rails with his hands rested on his hips. The strong lights and shadows made it seem like the man was a woman wearing a traditional Thai dress.

FB Caption: The mystery ended when pictures taken from other angles revealed the female ghost was actually a shirtless man. 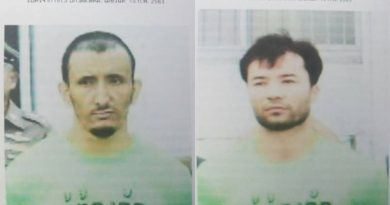 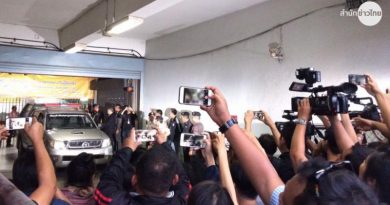