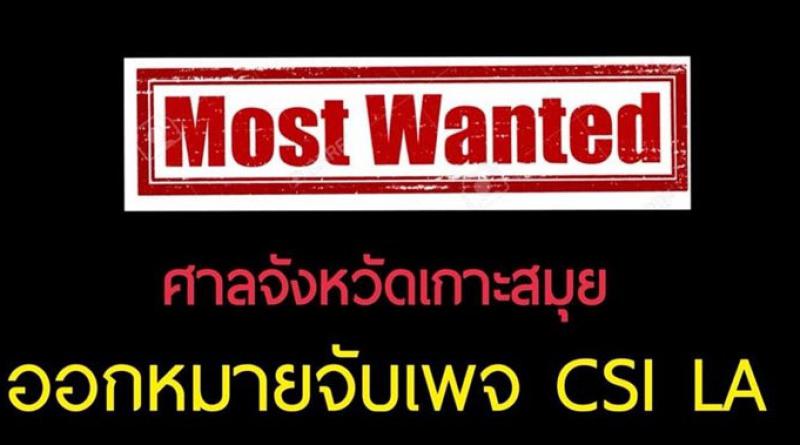 ARREST warrants have been issued against the administrator of CSI LA Facebook page and 12 others on the charges of posting and sharing false information related to a claim by a British teenager that she was drugged and raped on Koh Tao island June 25, Sanook.com reported today (Sept. 5, 2018).

Pol Col Cherdpong Chiewpreecha, deputy head of Surat Thani police, had asked the court to issue an arrest warrant against Mr Pramuk Anantasilp, who is believed to be based in US and is the administrator of CSI LA Facebook page, who continuously posted information about this alleged rape claim and 12 others who shared it.

The court agreed to issue the warrants against the suspects for posting and sharing partially or fully twisted or fake information online with this causing damage to the public and affecting the country’s security and its economy.

Meanwhile INN News quoted Pol Maj-Gen Surachet Hakphan, deputy chief of Tourist Police, as saying that 9 of the 12 suspects who shared the fake information have been arrested and police are chasing the remaining 3.

Meanwhile Khao Sod English quoted police as saying last Thursday August 30 that they would seek a warrant to arrest the editor of a news site that published accounts of the alleged sexual assault on  Koh Tao island.

The editor of the Samui Times, Suzanne Buchanan, will be charged under cybercrime laws for defaming the island’s reputation, according to Maj Gen Surachet, who also said police have concluded the alleged assault of the British teenager did not take place.

“I’d like to insist that we will never protect any crime or negligent official,” Surachet said. “But in our work today, we have only one goal: to seek the truth in order to defend Thailand’s reputation.”

Buchanan maintained her news agency investigated and reported the claim with due diligence.

Top: A Thai-English Sanook.com graphic says Koh Samui court has issued an arrest warrant for CSI LA page, which is most wanted. 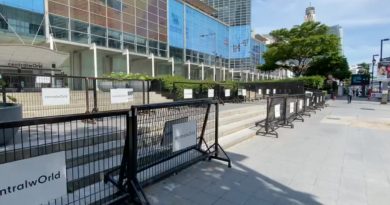 Big gathering at Ratchaprasong at 4.p.m.