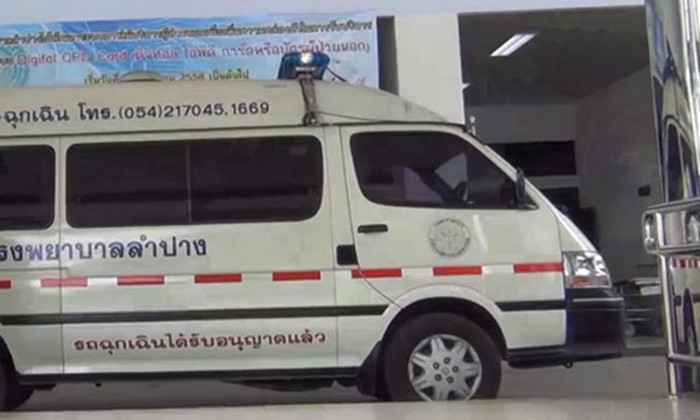 A 45-year-old man in the northern Thai province of Phayao nearly lost his manhood when his angry wife cut off his penis for having an affair with another woman, Sanook.com reported today (May 29).

Responding to the man’s emergency call, a doctor and his assistants from the nearby Lampang Hospital rushed to the man’s home, put his torn organ into an ice pack and rushed him to hospital.

They were able to connect his urinary tube and sewed up the separated parts of his organ. Unfortunately, he will no longer be able to perform sexual activity.

Top: A Lampang Hospital ambulance rushes the man with a severed penis to the hospital: Photo: Sanook.com