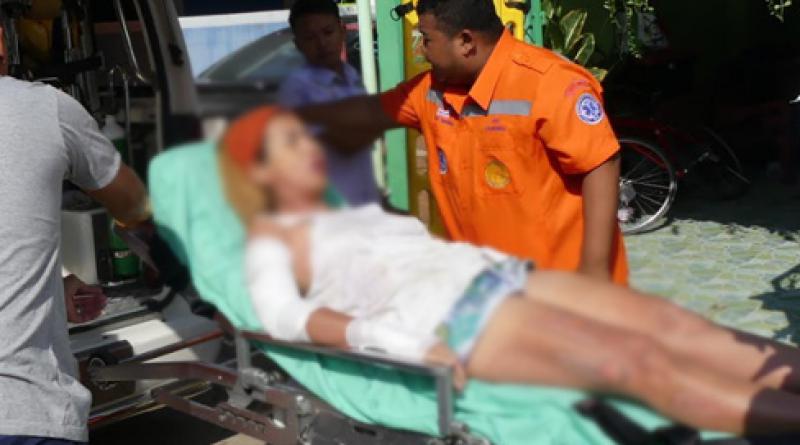 A WOMAN who switched a gas stove on to heat a curry at her house in Pathum Thani province got badly injured when it suddenly exploded, INN News reported today (Nov. 22).

Pol. Capt. Chakphak Inthasalee, an investigator at Lat Lum Kaeo police station, and rescuers rushed to the house where the blast occurred and found the owner, Kittiya Phoolsilp, 46, injured on both arms through the force of the explosion with the skin burnt and peeled.

Rescuers gave her first aid and rushed her to Pathum Thani Hospital. Police think the gas stove had leaked and that is why when  Kittiya switched it on it suddenly exploded. However forensic police will ascertain the cause of the accident.

Top: Kittiya being taken to the hospital after the cooking gas blast. Photo:  INN News 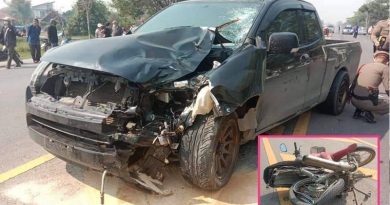 Look into your rear view before making a U-turn

Taxi gives couple hell after picking them up from Suvarnabhumi.