WILL there be World War III? If yes, when? Nobody knows exactly but an expert said the chance of the next world war breaking out is exceptionally high.

The Thai expert said in his latest series on his Facebook page under the Thai name “The True Fable of the Legend on Spoof Trick into the Casserole” with almost 70,000 followers that after following the world situation for decades, things have changed significantly from the previous 25 years.

After 25 years, the world power does not rest with the US alone anymore.  The US which considered itself as the world’s dominant power is now being challenged by the new emerging power, which does not want to be dictated or destroyed any longer.

The new pole of power which has gradually formed during the last 15  years and has been confirmed in the US’s own Congressional report that they are the cooperation of  four countries, namely, Russia, China, Iran and North Korea.

He said the US considered Russia and China as great power (next to dominant power) while Iran and North Korea are classified as “aggressive” power.

“The point is the US has its own plan for more than 100 years to be the world’s dominant power alone but now there has been a challenger. Which means it has to do something to solve this problem.’’

Whether the formation of the opposite pole of power is done for their own survival or to facilitate their trade or to compete with the US and its allies, the dominant power is believed to think that this is unacceptable.

He therefore pointed out that with such challenge, the US has to have a new plan to counter this move by whatever means they think possible.

And what about the new pole of power?  Of course, they have to proceed, to go ahead, in order to defend themselves.

The clash may develop into a limited war in that area and then expand into a wider area and then a world war.  That nobody knows.

In the past, the clash which later developed into the world war took quite some time due to the time taken to move or deploy troops and arsenals, he said.

And what about the situation today?  He said clashes at certain point have already taken place during the past five years with some clashes over but others still lingering on until today.

“Clashes in the Middle East, for example, can be seen until now,” he said, adding that the Syria case has been considered a clear example of a clash or proxy war between the two poles.”

“In this case, the new pole is winning the war but it’s still limited in that area.  The clashes in Iraq and Yemen are also still considered civil war and not expanded into bigger ones.”

These three cases of clashes have not turned into conventional war because the dominant power has used their proxies to fight in these clashes, he said, adding that in doing so, the dominant power is still taking time to evaluate the strength of the opposite side in order to properly prepare for the real one.

He said in his evaluation, the dominant power is still not certain as to the real strength of the emerging power especially after North Korea claimed it has successfully tested a hydrogen bomb and if not certain as to whether it has the real advantage, it will continue to play a waiting game for a while.

So, he said, what Kim Jong Un is doing at the moment is considered a key factor, making it very difficult for the dominant power to gauge the true strength of the emerging power. 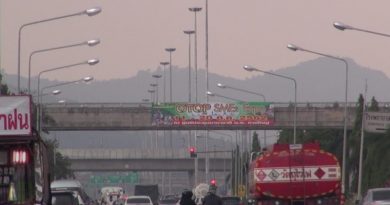 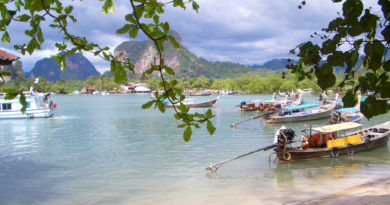