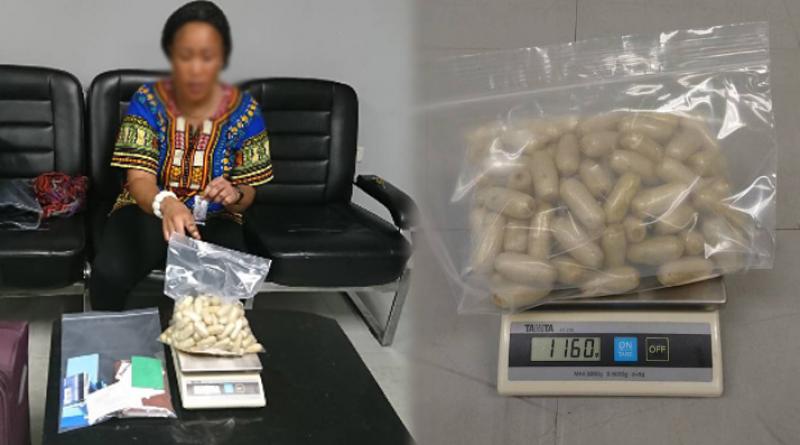 A ZAMBIAN woman who was waiting to catch a flight to China at Suvarnabhumi Airport yesterday (May 20) was arrested for carrying over 1,000 grams of heroin capsules in her stomach, INN News reported.

Narcotics Suppression Police at Suvarnabhumi Airport together with officers from the Office of the Narcotics Control Board, crime suppression police and customs and immigration officials jointly checked a targeted area according to ASEAN Airport Interdiction Task Force project, and at Suvarnabhumi’s international passenger terminal, gate D3, on the second floor they arrested Ms Dube Mimangaliso.

The team did not find anything illegal in her bags, but as she was behaving oddly, they made her undergo an X-ray, which showed there were foreign objects in her belly.

She was given a laxative and 88 capsules of heroin weight 1,160 grams emerged.

Top: The drug suspect after she was arrested together with the heroin capsules she was carrying in her stomach. Photo: INN News 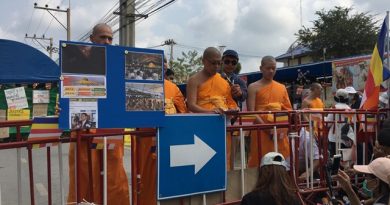