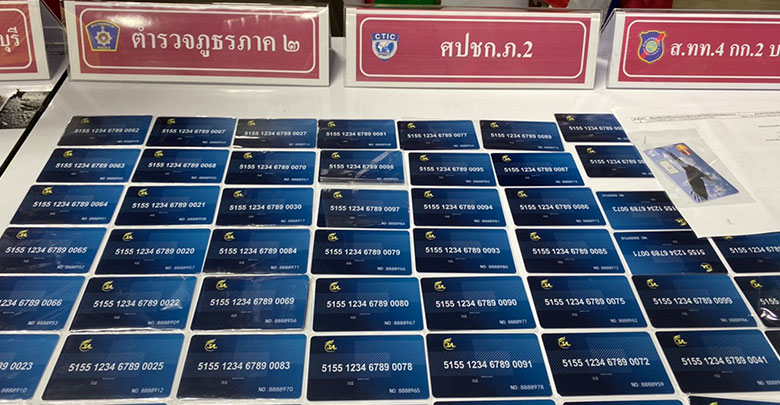 The Pattaya Tourist Police reported the arrest of 2 Chinese men Zuo Guobing 40 years old and Li Shengxiu 31 years old the members of a Skimmer gang in Thailand. The 2 suspects were arrested with a stack of evidence including 4 ATM Skimmers, 2 small cameras used to record users ATM passwords, a notebook with an electronics card data transfer program, a fake ATM card with stolen information inside, 90 empty ATM cards with numbers printed on them, and 20 empty blank ATM cards.

The police were contacted by the SCB Bank about an ATM skimmer gang that has been stealing customer’s information. The investigation discovered that there were 2 Chinese men placing ATM skimmer devices on ATM machines all over Chonburi Province. The police tracked them down while they were in the action of finding ATMs to commit their crimes. The evidence was gathered at the time of the arrest and from their rooms in Chonburi.

The suspects admitted to their crimes and stated that they traveled into Thailand on 17 November 2019. This was their first time coming into the Kingdom. They arrived at Suvarnabhumi Airport and entered the country with a tourist visa. The items used to commit the crime were purchased from underground websites selling illegal items in China.

They hired a car to Chonburi where they searched for ATM machines. The skimmer devices are attached to NCR ATM models. Before installing the skimmer, they test whether it will work with a demo card. If the ATM does not recognize that it is a skimmer then they will insert the skimmer card. The next step is to install the camera that was made especially for the ATMs to record the passwords. The information is then transferred into a blank electronics card that can be used just like the original card.

Both suspects reveal that the skimmer used is a test product. Now that they know the skimmer is a success. They will be producing the exact ATM skimmer model to sell in China.

FB Caption: The 2 suspects came into Thailand with the mission to use the ATM skimmers. 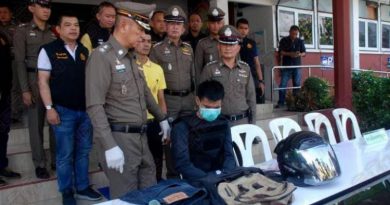 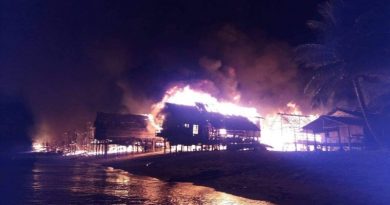