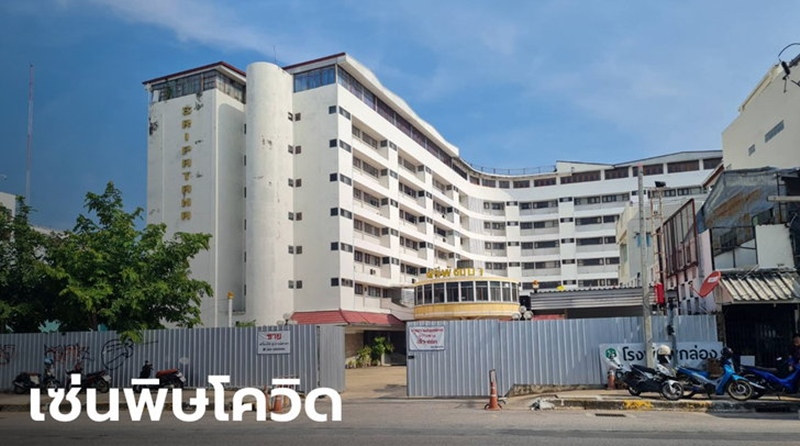 A big famous hotel in Korat City, Nakhon Ratchasima Province has announced it is closing down due to Covid-19. This is only one of many hotels closing down due to the current pandemic. Thailand is a tourism country, with many areas depending on visitors. Because there are no visitors the locals in the area have no income and this includes both small and big businesses. Sripattana Hotel is one of many hotels now up for sale. Not only is the hotel up for sale, small items from inside the hotel are also for sale with extremely cheap price tags. The business management team is doing what they can to find income.

The Sripattana Hotel has placed a sign in front of the hotel that states “Items for sale including equipment”. The Covid-19 situation has resulted in almost no guests at the hotel and the economy has not improved since the pandemic started. The management team at the hotel has closed down business operations since October 2020. A gate was placed in front of the hotel with a security guard who was intended to be there temporarily. It has been almost a year and the gate remains closed. The hotel has given up and is now up for sale. They are also selling everything inside the hotel separately at shocking prices. The Sripattana Hotel can be purchased for 250 Million THB.

The security guard stated the sale has been doing good with lots of sales. There are second hand stores that have purchased almost 90% of the goods. Most people are interested in electronic appliances including air conditioners, fridges, televisions, fans, speakers, and more. Restaurants have also purchased items such as tables, chairs, and dining utensils. It is no surprise there are many interested buyers as the hotel wants to clear out the items as fast as possible. The prices are very attractive such as air conditioners priced at 1,000 THB each, televisions priced at 600 THB each. There are also interested buyers in the hotel both from Thailand and other countries such as Japan. The Sripattana Hotel is a 3.5 star hotel with 8 floors and 183 rooms.

FB Caption: The Sripattana Hotel is up for sale for 250 Million THB. The hotel is also selling everything inside including the electrical appliances. 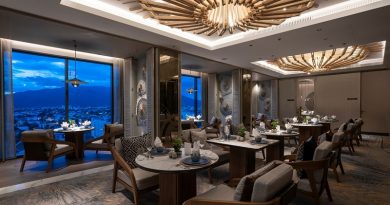 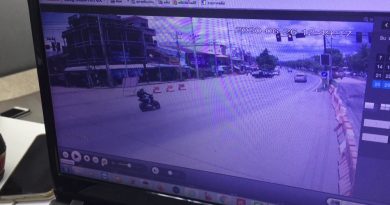