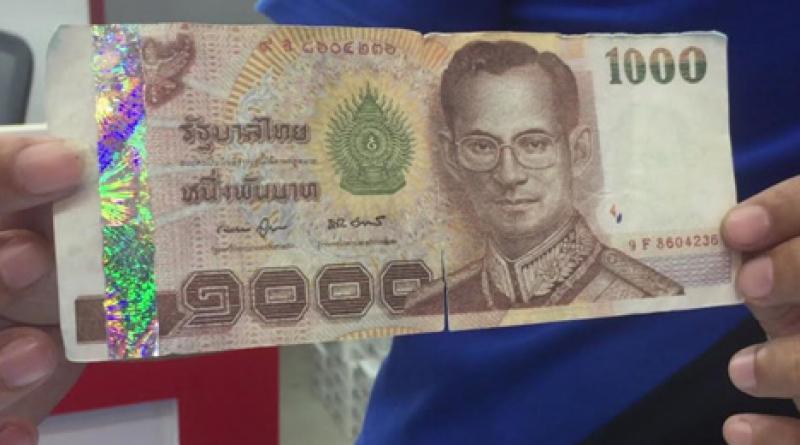 A MOBILE phone shop in eastern Chanthaburi province was hit by a conman who handed in a counterfeit 1,000 baht note to buy a cell phone with this note having a reflective sticker attached to make it look real, INN News said today (August 2).

Ms Ruchita, the owner of this shop which is within a large store, said this bogus note has the serial number  9F8604236 with the paper being quite old and a little torn but a detailed inspection revealed that the paper was of a different quality.

More important is that the counterfeiter had put a reflective sticker across it to make it look like the real note with the Garuda on top also being half covered.

Ms Ruchita added that her workers might not have checked the notes carefully because they are usually very busy from morning till afternoon.

In fact they only found out it was a fake when an ATM machine refused to accept it and a bank also later confirmed it was forged.