A cyber thief has been arrested after faking as a Facebook group admin. The cyber thief has many victims after many believed he had the items they wanted. Officials from the Police Cyber Taskforce (PCT) started an investigation and found Nitinai 19-year-old. Police received a complaint from Natchamon a businesswoman. Natchamon had been deceived by the admin of a Facebook page named Jean Hudeska. The person who managed to get away with the victim’s money withdrew the cash through an ATM on 24 September 2020 at a total of 27,200 THB. The suspect has now been arrested while in Bang Sue District, Bangkok City.

Nitinai admitted after the arrest that he joined a Facebook group dedicated to selling brand name items and expensive watches. When Nitinai finds someone who is looking for a specific item he will message the victim. Nitinai then will offer the victim to make the sale through the group admin by sending in a Line QR code claiming that it is the admin’s personal account. The truth is Nitinai pretends to be the admin and requests a 40% deposit, he then explains that this deposit will be held and not given to the seller until the victim receives such a product.

When Nitinai receives the 40% deposit instead of sending the product to the seller as promised he disappears, and so does the so-called “admin”. Many have fallen victim but thanks to Natchamon and police the suspect is now arrested. There have been victims of Nitinai that came in to file reports with the police at 7 different police stations. Nitinai is facing charges of Fraud according to Section 341 in the Thai Criminal Code that states,

“Whoever dishonestly deceives a person with the assertion of a falsehood or the concealment of the facts which should be revealed, and, by such deception, obtains a property from the person so deceived or a third person, or causes the person so deceived or a third person to execute, revoke or destroy a document of right, is said to commit the offense of cheating and fraud and shall be punished with imprisonment not exceeding three years or fined not exceeding six thousand Baht, or both”.

Nitinai also face charges of Special Circumstances of Fraud according to Section 341(1) that states “If the offense of cheating and fraud be committed:

By taking advantage of the lack of intelligence of the deceived person who is a child, or

The offender shall be punished with imprisonment not exceeding five years or fined not exceeding ten thousand Baht, or both”. Police are continuing the investigation to collect more evidence and to also find persons connected to the fraud.

FB Caption: When Nitinai receives the 40% deposit instead of sending the product to the seller as promised he disappears, and so does the group “admin”. 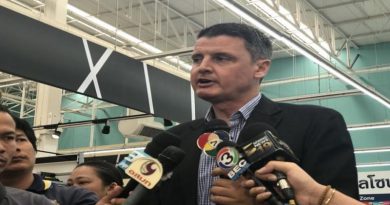 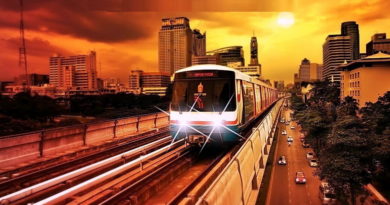