A washing machine technician found a gold bracelet while repairing a machine, he returned it back to the rightful owner. The man shared the story on his Facebook account wishing to remind others of taking the right choice when an opportunity presents itself. The owner is a grandmother who thought her gold bracelet was lost forever, she is very happy. A post was made on Valentines day 2021 with a picture of the gold bracelet and the caption “honesty must come first for technicians like us, the grandmother was so happy as if she won the lottery. She said it had been missing for months. Contact my number if you want to clean your washing machine”.

Netizens applauded the man for doing the right thing. They also wished good luck and great fortune for the man. The technician works at a repair shop in Phetchabun Province. Paitun Thongma 39-year-old the owner of the store revealed that he owns a repair shop offering to repair all types of electric appliances including fridges, washing machines, and air conditioners. The business has been operating for over 3 years with delivery services. The grandmother called him in to repair a washing machine. Paitun arrived at her home and started to take the machine apart. Inside was a gold bracelet. He removed it and gave the chain to the grandma.

The grandma was surprised and happy to see her bracelet again. Paitun revealed this is not the first time he has found gold in a washing machine. Just last month another customer asked him to repair a broken washing machine. Paitun found a gold chain and returned it to the customer after he fixed the machine. The customer was extremely happy and thought the chain was gone forever. Mon Pakum 84-year-old the grandma stated she accidentally placed her jewelry box inside the machine. She bought the bracelet a long time ago when gold was only 600 THB per baht. It means a lot to her and Mon states she is lucky Paitun is an honest man.

FB Caption: When jewelry goes missing, it might be inside your washing machine. 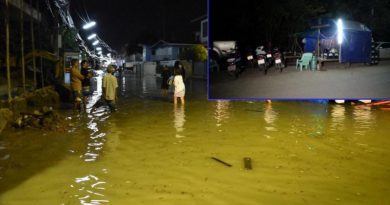 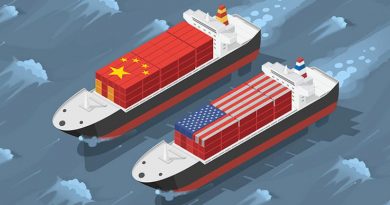 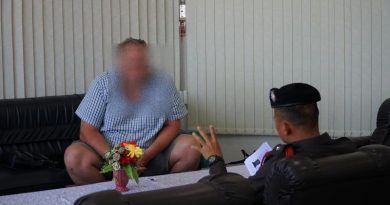