There are many new millionaires in Thailand after winning the Thai government lottery draw on 1 August 2020, here are 3 stories of the latest riches. The first win goes to a nurse in Nong Khai Province. Sutthipong Wongharimat 25 years old, is a nurse at the Somdejprayuprachthabo Hospital. The nurse revealed that he is a very kind person and often helps those who are unfortunate. He also gives alms to monks every morning before heading to work. Sutthipong won 2 winning tickets with the number 569391 bringing in 12 Million THB.

Sutthipong states that he is extremely happy to become a millionaire. The nurse believes that this is the result of his family being kind to others. He has always seen the parents helping other people since young and believes that the good has brought his family great luck. The winner was having lunch when a lottery seller approached him. Sutthipong originally wanted tickets with the numbers 390 but there was none. He then noticed the tickets with the number 391 and thought it was a pretty number so he bought it.

The next winners are a couple in Ubon Ratchathani Province with 2 winning tickets bringing in 12 Million THB. They went to file a report with the police and are on their way to cash in the ticket at the Government Lottery Office.

The last winners in this story are an elderly couple in Nakhon Phanom Province. A Facebook user named Sirirat Somjee posted on Facebook that her hands were shaking when she helped her grandmother check the tickets. Tosadee Kampa 55 years old came to visit her husband Prawet Nonthasi 63 years old at the hospital to tell him the good news. Tosadee works at a rubber farm, she stated that she had 4 children before meeting Prawet who also has 4 children. They have been together for 7 years. 5 months ago Prawet suddenly had a fever and couldn’t walk. 3 days before the lottery draw another patient next to her husband in bed no.19 told her to buy tickets with the number 19 if she wanted to win the lottery. She bought a ticket with the number 91 and has won 6 Million THB. Her husband almost had a heart attack on the hospital bed when he heard the news.

FB Caption: New millionaires in Thailand from the latest government lottery draw with the winning number 569391. 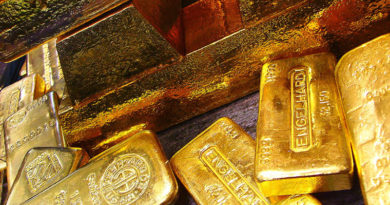