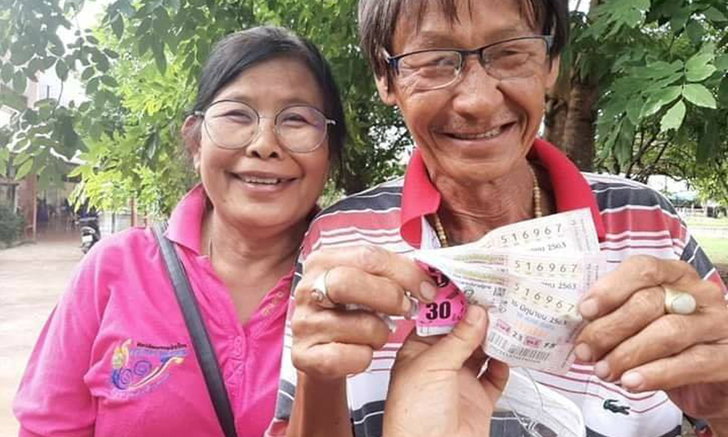 A Teacher and Farmer couple win the Thai government lottery, they had 4 winning tickets bringing in 24 Million THB! The Sanook News team went to visit the couple at 18.00 on 16 June 2020, the same day as the lottery draw. The team met Bunruan 60 years old, a teacher at the Wat Pho Si Temple school in Nakhon Sawan Province and Kumchai 67 years old a farmer in the same province. Bunruan revealed that the tickets were purchased just a day before the draw. On the 15th of this month Kumchai the husband went looking for tickets with the number of his age 67.

Bunruan stated “When my husband found the number it was a set of 5 tickets. The lottery seller told him someone else wanted to buy 1 ticket from the set. So Kumchai purchased the 4 tickets with the number 64. My husband had already planned to buy tickets with his age number on them, he wanted to buy all 5. We only hoped to win the two-digit suffix prize with winnings of 4,000THB per ticket. We never imagined that these tickets would bring us the grand prize”.

Bunruan was working at the school preparing some materials when Kumchai visited her with the tickets at 17.30. Kumchai asked Bunruan to check if they had won any prizes. The couple screamed of happiness when they realized all 4 tickets won the grand prize, the numbers were 516967 with winnings of 6 Million per ticket, a total of 24 million THB. They were filled with happiness and shock.

Kumchai stated that together the couple went to file a report with the Pai Sa Li Police Station 30 kilometers away from their home. The money will be divided into 3 parts, as a donation to help others, to the son and daughter working in another province, and the last part as savings for when they retire. The couple plan to purchase land as Bunruan will be retiring in a few months. 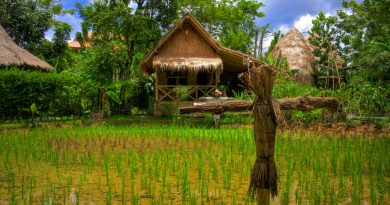