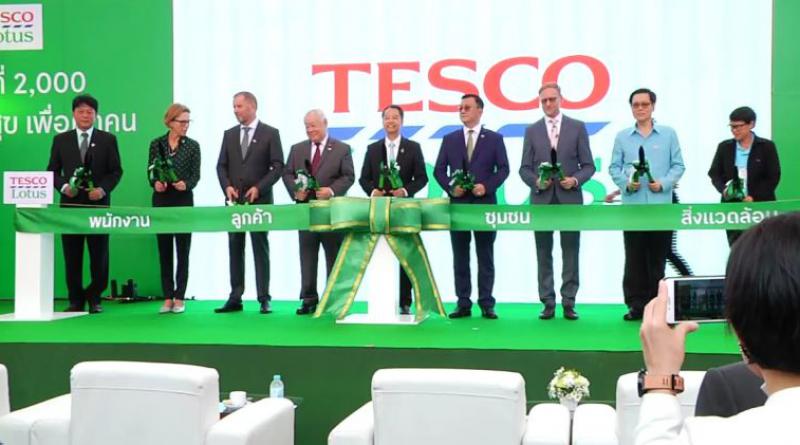 TESCO Lotus opened its 2,000th branch in adjacent Nonthaburi province today (August 23, 2018) after developing the large hypermarket  as “store 4.0” with the introduction of Scan As You Shop technology from UK,  Thai News Agency reported.

According to Tesco.com, Scan As You Shop is  a quick and simple way for Clubcard members to shop.

You scan your shopping as you go, then pack it straight into your bags. Your scanner will even track your spend as you shop.

When you’re done, there’s no need to unpack it. Just go to the Scan As You Shop payment area, scan the barcode at the top of the till, pay and off you go.

Presiding over the opening of the “store 4.0” in Bang Kruai – Sai Noi district was Mr Boonyarit Kalayanamit, director-general of the Internal Trade Department, who said that retail trade is important in spurring the grassroots economy, especially through the sale of agricultural goods.

Tesco Lotus has been steadily increasing the amount it buys directly from  farmers with last year’s total being as much as 200,000 tons from 5,100 cultivated areas nationwide.

Tesco Lotus is also a good channel to sell community goods, he added.

This new hypermarket has free WiFi for shoppers throughout the complex. The management is also focusing on the environment, having installed recycling points where shoppers who bring in plastic bottles and boxes get 50 green points per bottle or box.

There is also a garden and bicycle lane outside. 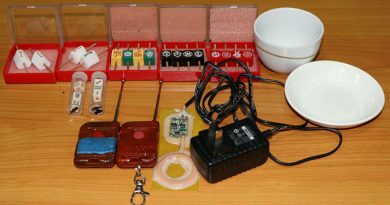