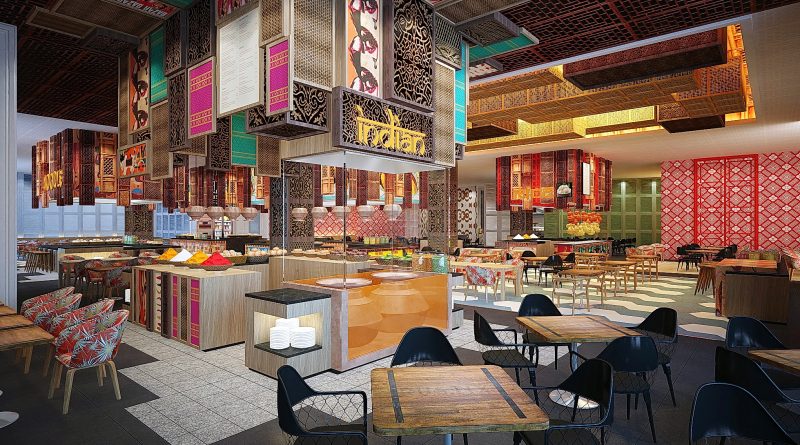 YUTHACHAI Charanachitta’s new goal of multiplying his family’s hotel business from 42 properties at present to 99 in the next seven years sounds ambitious.

But if his pattern of success is anything to go by, the young CEO may well be on his way to achieving these goals though he admits it won’t be easy. As the head of Italthai Group, Yuthachai at just 39 years old, is never short of optimism.

His track record speaks volumes about his capabilities to locate good deals.

Ten years ago, he told me he was expanding his group’s 16 hotels to 55.

Most people thought that was a tall order. Looking back, one can see Yuthachai came close to attaining his vision. He was still able to triple his group’s hotel properties.

Last week, he also set plans for this year where he is expecting income to top 17.2 billion baht, up 16 per cent from the past year.

Among his news hotels are Amari Johor Bahru, Amari Vang Vieng in Laos, Amari Galle in Sri Lanka, Ozo Hoi An in Vietnam, Amari Yangshou in China, Shama Island North in Hong Kong and Shama Chengdu, also in the Mainland. The hotels are grouped under his Onyx Hospitality division, which also has among its Amari, Ozo and Shama chains, partial ownership of the 140-year old Oriental, which is run by Mandarin Oriental.

The chief executive says attaining his targets will depend largely on his recruitment of top managers for his various projects. He faced the same challenges 10 years ago.

Then his expansion into serviced-apartments and residential condominiums, required hiring of top talents.

“My most important division right now is in human resources,” he said at the Oriental, one of the flagship hotels his grandfather Dr Chaiiyudh Karnasuta bought and re-established with his partner Giorgio Berlingieri in the mid-Sixties.

Since the death of Dr Chaiyudh, the operations have been divided to the listed Ital Thai Development, which is run by his uncle, Khun Premchai.

And his own group, has the engineering and real estate-hospitality segments.

Yuthachai sits on several boards including those at the Oriental and Amari firms.

Brought up in a family of industrialists and hoteliers, Yuthaichai learned at an early age that success rests very much on the caliber of those managers and staff that run the operations.

He noted the Oriental was headed by Kurt Wachveitl while the Amari was run by Kurt Rufli.

Through the Seventies and Nineties, such men established the reputations of the properties under them.

Both are now retired. “Their contributions have been enormous and significant and has shaped the way we now run our properties,” he says. These hotel chiefs stressed the need of dedication, doing things from the heart and abiding strictly by ethical conduct.

In the area of winning awards, they shared the hotels’ successes with not just shareholders and staff, but the Kingdom as well.

When the Oriental won the prestigious Institutional Investor award for “the best hotel in the world” for 10 straight years, from 1981 to 1990, it was a feat that remains unmatched.

Its victory was not just for the riverside hotel, but for the Kingdom as a whole. It brought pride and dignity to an occupation that was often overlooked by industry and government.

He attends global hotel events like the ITB in Berlin yearly to gauge the mood of the global market.

He is confident more visitors will be coming to Thailand and the regional countries in Asia.

“The only complain at ITB was local politics,” he says.

“Apart from that, Thailand remains a very attractive destination for many people.”

He matches his words with action. Of his expansion plans, Yuthachai includes new destinations in Malaysia, Laos, Vietnam and China.

He recently completed an Amari condominium and hotel project in Phuket.

It is built on seafront land covering 90 rai. Many of these projects on the Thai coast were built on land his family acquired.

Yuthachai who holds a degree in economics from Hamilton College, New York, spent 10 years abroad in boarding school before returning to work in the family business.

When his father, Adisorn, suddenly died in a plane accident in 2003, much of the family’s business fell on his shoulders.

Since then, he has worked hard to make his father’s dreams become a reality.

As a responsible operator, he says, the key to his strategy is maintaining a bottom line. “I am spending more on recruitment, but at the end, I will have to make sure our income is also rising.”

Italthai’s own history is no less amazing. It began as a salvaging operation, bringing up sunken ships from the Chao Phraya River in the Fifties. It led to a strong friendship between Dr Chaiyudh and Berlingieri.

Top: The Amari Johor Bahru in Malaysia is one of the new hotels.

Below: Amari Vang Vieng is built in one of Laos’ new destinations. 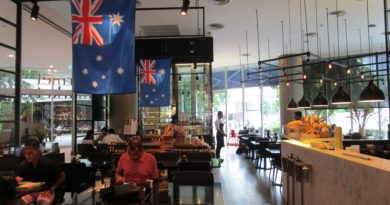