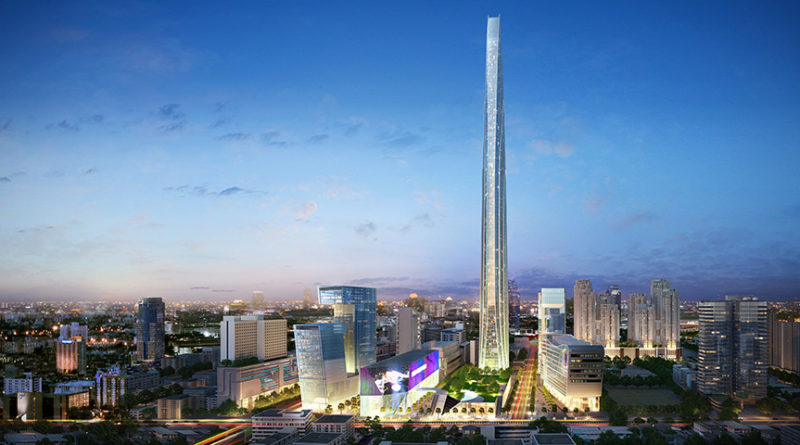 Aside from Thai investors, this area is currently attracting property buyers from China, Singapore, Malaysia and Hong Kong who see the added value should it turn into the new CBD as it already has several grade A office buildings.

Standing 615 meters tall with a total of 125 floors, Super Tower is being developed by Grand Canal Land Plc and is within its Grand Rama 9 mixed-use site.

Once completed Southeast Asia’s tallest skyscraper will certainly dwarf the others in Bangkok such as 314-meter MahaNakhorn with 77 floors, 304-meter Baiyoke II Tower with 85 floors,  258-meter River South Tower with 74 floors and 227-meter Empire Tower with 62 floors.

“It also provides convenient transportation options via multiple transport modes, including connection to the MRT station of Sukhumvit Road, which is just a few stations away.

“It is considered to be a new and important business district with high growth expectations, home of many offices, good infrastructure and a complete range of services. There have been very few launches in Ratchadapisek area with only three projects introduced in 2015 with a total of 2,280 units while this year just two have been unveiled with altogether 592 units.

“This stems from a lack of available land for development. The land supply is scarce and the current price of land on Ratchadapisek Road is expensive, costing more than 600,000 baht per square wah,” he added.

However Amaranta Development Company yesterday launched a new premium grade low-rise condominium, Amaranta Residence, on 1.2 rai of land in Ratchada-Huay Kwang area with there being a single eight-storey building with altogether 159 units. There are 117 one-bedroom units of around 30 square meters and 42 two-bedroom units covering 55 square meters.

TOP: An artist’s rendering of Super Tower which will be the tallest building in Southeast Asia when completed. Photo: Grandcanalland.com

BELOW: Mr Phanom says Ratchada is the new CBD. 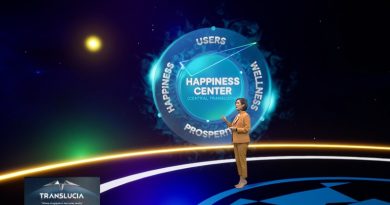 Metaverse Experts Affirm: Time to Be Ready To Ride the Wave of ‘Meta-Changes’ 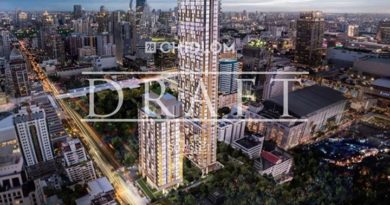 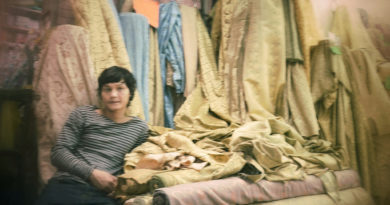