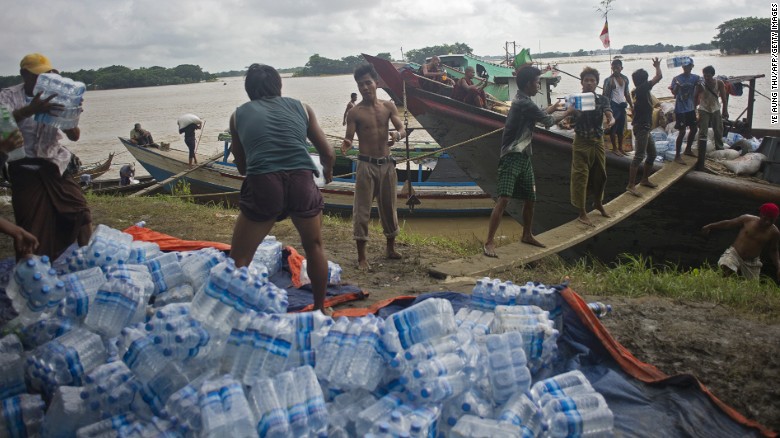 CNN, ThaiResidents) When it comes to generosity, few countries can match Myanmar.

For the third year in a row, Myanmar topped the Charities Aid Foundation World Giving Index which averages out the percentage of people in each country who donated money, volunteered or helped a stranger in the previous month.

The Southeast Asia nation again topped the United States, which was No. 2 for the second straight year. In 2014, the two countries shared top honors.

According to its research, 91% of Myanmar residents gave money to charity in the past year, 62% said they had helped a stranger, and 55% claimed they had volunteered.

“It’s important to remember that our Index measures countries by the proportion of the population giving – not how much they give,” CAF Media Director Simon Ward told CNN. Myanmar’s population of about 56 million is less than one-fifth that of the US.

“Disasters and adversity tend to lead to an increase in numbers of people giving,” he added. Myanmar suffered severe flooding in 2015.

The CAF team noted Myanmar’s continuous positive results in its survey and says they could be linked to its population’s cultural and religious beliefs.

A large number of people in Myanmar are practicing Buddhists who follow the Theravada branch, where small, frequent acts of giving are the norm.

“The results demonstrate very sharply how a ‘poor’ country can be a ‘rich’ one through its generosity, by focusing on giving rather than getting,” said Prof Dr Aung Tun Thet, economic adviser to the president of Myanmar.

In a year which more people are helping others more than ever before, the US was only one of five countries in the G20, a forum of the world’s largest economies, to secure a top 20 spot.

It came ahead of Australia in third, New Zealand in fourth and Canada in fifth. UK came eight and is the most generous country in Europe, followed by Ireland which came ninth and the Netherlands which placed 13th.

Iraq ranked highest for helping a stranger in spite of its ongoing civil war, while the entire African continent registered the biggest increase in generosity since last year.

“One of the interesting findings of this year’s report is that the countries which have seen the biggest increases in giving are developing countries,” Ward added.

But the CAF also found that generosity is on the rise worldwide. More than half of people in the 140 countries surveyed said they had helped a stranger, and the number of people donating money worldwide also increased.

“The generosity of people, even in countries suffering from disaster and turmoil, is truly humbling,” director of CAF John Low said. “As people become more prosperous and economies grow stronger we have an opportunity to build an ever-stronger culture of giving right across the world.”

Turkmenistan and Kosovo were named the most improved countries in terms of increase in overall score and in their ranking. Both moved up 56 spots.

The CAF added that in many countries, men are significantly more likely than women to engage in volunteering or helping a stranger. However, at the global average level, there’s little difference between men and women when it comes to donating money.

By Karla Pequenino for CNN and ThaiResidents reporters 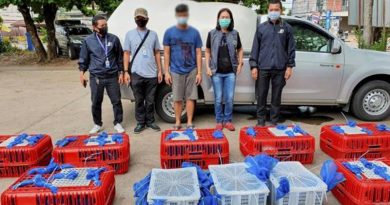 88 monkeys saved from men who eat their brains 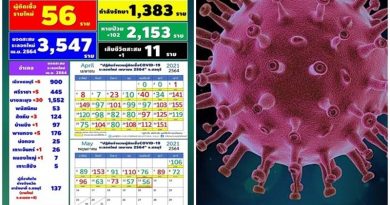