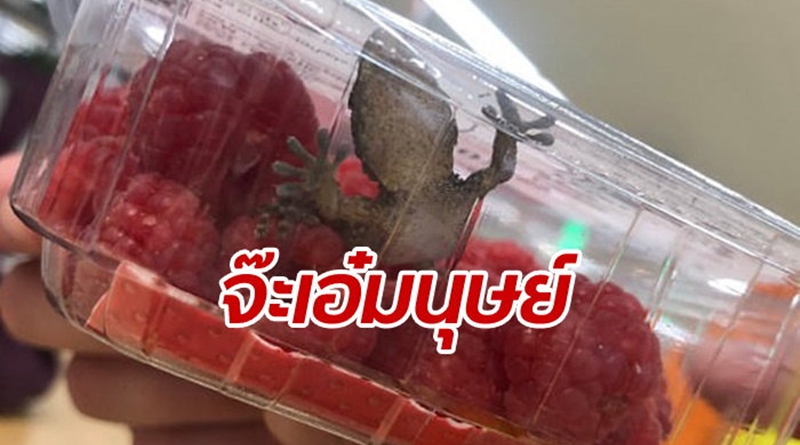 This incident took place in England on 27 May 2017 when a woman wanted some raspberries. She went to a supermarket and found what she wanted, turns out she wasn’t the only one who craved raspberries. A gecko was inside one of the plastic boxes sitting on top of the raspberries. The geck seemed scarred trapped inside the tiny box.

The woman decided to snap a picture so that she could have proof. It is still unknown how the gecko got inside the box of raspberries. The Supermarket in this story is Sainsbury’s, the plastic box of raspberries were sitting on the fruit shelf by other boxes of fruits, it’s a wonder how the staff didn’t see the gecko, or maybe it found a way in after the box was placed on the shelf.

The Sainsbury Supermarket has not discovered how the gecko got into the box of raspberries. But, they have implemented new regulations to the Supermarket to make sure that incidents like this don’t happen again. Although it was an honest mistake, news like this if happened more than once can definitely harm a food company, including the reputation of the Supermarket.

The Sainsbury Supermarket is also investigating whether the gecko came from the raspberries supplier. The gecko is not a small gecko, and usually, supermarkets will clean their shelves daily to protect incidents like this from happening. There was a witness who saw what had happened when the woman found the gecko in the box of raspberries. Laura Johnson stated that the customer was genuinely worried that someone would accidentally buy that box of raspberries, it can be very scary if the person has a fear of lizards but it could be even worse if the customer decided to consume the raspberries that could risk food poisoning.

FB Caption: A gecko was inside one of the plastic boxes sitting on top of the raspberries. The geck seemed scarred trapped inside the tiny box. 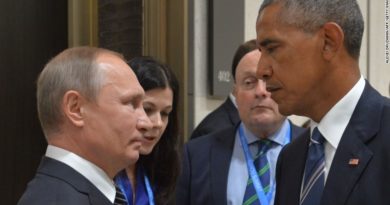 Russia to respond after US slaps on sanctions over hacking