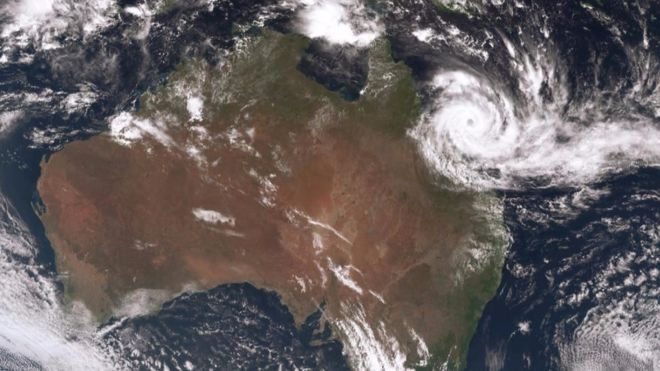 Cyclone Debbie is expected to intensify into a Category 4 system before it arrives early tomorrow local time.

Some people have refused to leave despite warnings the destructive core could be as wide as 100km (62 miles).

Late on Monday, Ms Palaszczuk urged 25,000 residents in low-lying areas of Mackay to immediately find safer ground. More than 5,000 other Queenslanders were already evacuating their homes.

“The time for people to move is now,” she said.

A state on edge The cyclone is expected to make landfall sometime after 7 a.m. tomorrow (3 a.m. in Thailand) anywhere in a 265km zone from Townsville to Proserpine.

“That is the uncertainty of cyclones,” said Bureau of Meteorology regional director Bruce Gunn.

Authorities warned the cyclone could coincide with high tide, which is expected to peak at 3.2 meters. The storm surge could add an additional 4 meters, Ms Palaszczuk said.

She said this would bring dangerous risk of flooding, especially around Mackay.

“I am just pleading to everyone, please, listen to authorities,” she said.

Police Commissioner Ian Stewart said the weather contributed to the death of a woman, believed to involve a tourist, in a car crash.

All flights have been cancelled at Townsville Airport and Mackay Airport.

Mr Stewart warned that emergency crews would not provide help during the storm’s peak.

“[It] will get to an extent where all emergency services will not be able to respond to calls for assistance, because obviously, we have got to maintain the safety of our staff,” he said.

Ms Palaszczuk said residents should be prepared for power outages.

“Now is the time to charge your phone,” she said.

“Time and time again, Australians show grace under pressure, bravery in the face of danger, and rally without a second thought to help each other,” Mr Turnbull said in parliament.

“These virtues will be on display over the next few days where Australians face the worst that nature can throw at us.”

CAPTIONS:
Top: A satellite image of Cyclone Debbie off the Australian coast. It is expected to strengthen into a Category 4. Image Bureau of Meteorology via BBC

Inset: Supermarket shelves are nearly empty in Townsville as people prepare for the cyclone. Photo: Getty Images via BBC 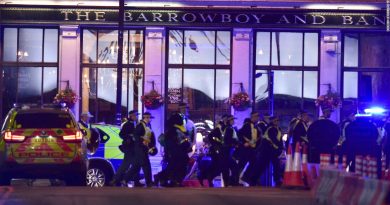 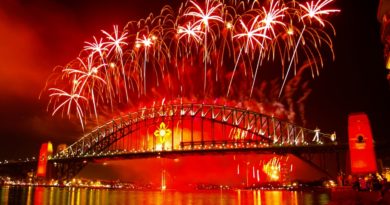